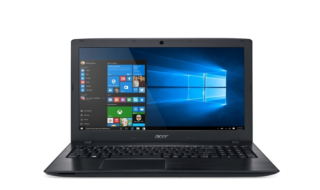 With technology getting faster and more affordable with every passing day, finding the best laptop for League of Legends is easier than ever before. Whether you have a big budget or a small budget, there’s a laptop for everyone to run LoL.  Knowing what kind of laptop is right for you can help you make an educated choice you won’t regret down the line.

A good League of Legends laptop can cost you anything from $400 to $1500 or even more depending on how good you want the game to look. Luckily, League of Legends isn’t such a graphics or processor intensive game like Call of Duty or Crysis. To help you buy a laptop that will help you play League of Legends as well as helping you do everything else in life (yes, we all have lives offline to deal with), we reviewed the best to bring you the top 5 laptops for League of Legends without having to settle for lower frame rates or bad quality.

What You Need To Consider?

If you don’t want to dish out thousands of dollars for an overpowered laptop for League of Legends then you need to get your priorities straight and figure out what features you want more than anything else in the laptop.

Since the main point of buying a cheap laptop for League of Legends is that you can play it on the go so you might want to look for something that is relatively lightweight. High end laptops are generally very heavy due to the powerful hardware but there are some lower priced laptops that are able to run the game without weighing you down or reducing mobility.

Smaller and lighter laptops are perfect for running League of Legends as well as being on the affordable end. Another thing you need to add into the equation is the screen size. Naturally, the larger the screen the heavier the machine will be and, frequently, the higher the cost. You can perform just as well with a smaller screen as a larger screen but if you want to make the most of your time and have fun then getting a bigger screen might be what you need.

Finding the best gaming laptop for League of Legends under 500 can be hard, mainly because of the GPU. League of Legends, as we said earlier, doesn’t require as much graphical resources as high-end games but it still requires a reasonably powerful GPU to run it. Rather than focusing on a powerful CPU try to invest in a laptop with a reasonably powerful GPU.

To help you make the right pick we’re covering the Top 5 Gaming Laptop for League of Legends:

This is the best laptop for League of Legends under 500 that you can currently find online due to its balanced specs and features. With the Acer Aspire E 15 you get a 15.6-inch full HD (1,920-by-1,080 resolution) display, which is far better than some of the Dell and HP options which offer 720p only. Getting a full HD, LED-backlit display in this price range is really impressive, which coupled with its large 1080p display makes playing League of Legends almost as fun as playing on an actual PC. .

This Aspire E 15 model features a 3.1GHz Intel Core i5-7200U processor along with 8GB of RAM, and also has a GeForce 940MX making it perfect for playing League of Legends. The Kaby Lake CPU is featured in this laptop which is from the latest Intel generation, so you will definitely get the functionality and performance you need out of this value priced system.

Featuring a 13.3-inch Full HD Infinity display, 4GB of RAM, 128GB SSD, the XPS 13 is a powerful combination of power and reliability that will make playing League of Legends on the go a breeze. The Dell XPS 13 is a laptop which can easily keep up with even the heaviest and demanding tasks and can run League of Legends close to the highest settings while ensuring a stable high FPS.

The Dell XPS 13 is also quite perfect when it comes to the entertainment side. Its beautiful 13.3-inch Infinity display, is one of the sharpest and most vivid displays you’ll get to see on a laptop. With the gorgeous display and fast performance, this is one of the best gaming laptop for League of Legends 2017 and 2018.

The Dell Inspiron 15 is one of the best gaming laptop under 1000 these days due to its high specs and powerful graphics card. The Dell Inspiron 15 can play latest games like the Witcher 3 and DOOM at medium to high settings while delivering more than satisfactory performance which means you can count on it to run League of Legends smoothly at the highest setting while getting above 60FPS.

Besides its gaming abilities, this gaming laptop is great for multi-tasking thanks to the 7th-generation Intel Core i5 processor and Nvidia GTX 1050 Ti GPU that provide it with the right power and speed to seamlessly switch between applications such as Adobe and browse the internet without worry. The only downside about Dell Inspiron 15 is that it doesn’t come with an optical drive but then again many of us don’t need that these days.

The Dell Inspiron i5559-4682SLV is an upgraded edition of the Inspiron I5558-2144SLV and is now packed up with the latest sixth generation Intel Core i5-6200U processor for better and faster performance. This new processor supports DDR4 RAM, Dell has come to the decision that it will use the same DDR3L RAM like its predecessor.

Along with the new processor a new Intel HD Graphics chip is also featured in this laptop, which will work to give comparatively better performance for casual gamers who wish to play gaming titles which includes League of legends. The Dell Inspiron i5559-4682SLV also features improvements in the display department, it now features a Full-HD display which will allow you to enjoy your favorite 1080p media with a better experience.

The things that makes the HP Pavilion X360 a contender of our list is its affordability and its utterly charming 15-inch display. It is the perfect combo of laptop and tablet in one piece of technology.

HP Pavilion X360 looks charming in its attractive silver body and a lively and sharp 15.5 inch HD touchscreen display. The processor that is included with the HP Pavilion X360 is the Intel 7th gen (Kaby Lake) i3 processor. HP Pavilion X360 has 6 GB of RAM and large storage along with Intel integrated graphics to run everything you need smoothly. Although the specs of the HP Pavilion X360 may not seem to be very impressive compared to some other options, when it comes to convertibility and elegance this laptop has no match.

So if portability and affordability are important in your quest for the Best Laptop for League of Legends, then these 5 options ought to help you get there!  These are definitely the best cheap laptop for League of Legends in 2017 and into 2018 on the market now. So check them out, review your budget and select the model that’s going to work best for you. Let us know your favorite in the comments below!