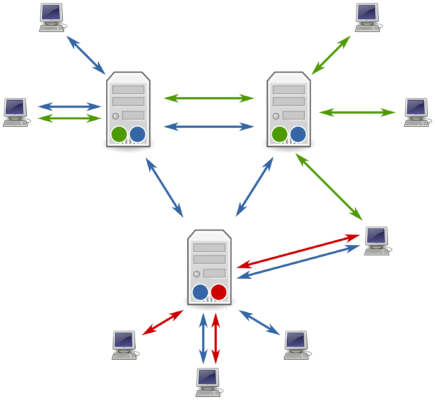 Usenet has been around for quite a long time, yet it doesn’t have nearly as large of a following as Torrents. While Torrents are a great resource, so many people have never even heard of Usenet! However, you may wish you had once you discover its many benefits. Usenet is very user-friendly and is also a great medium for all types of file sharing and uploading.

Usenet is one of the biggest file sharing networks out there today. Usenet grew rapidly in popularity because its content was never really regulated, and that remains true to this day. Usenet contains billions of files (with more and more being uploaded each day) that are categorized into different newsgroups.  The most popular of these are the alt binaries, but we’ll get more in to this later.

Usenet works well because there is not a singular company or provider that runs it. Instead, Usenet is a network that is distributed across many clusters of servers that are present all over the world. Usenet has been undergoing significant growth for over 20 years, and the unregulated upload freedom that it provides is what contributes to its continued growth. This can be both a blessing and a curse for users because with all of the upload freedom that is available, there is quite a bit of spam to try to avoid.  Despite the occasional spam, however, the platform is secure and much more so than more familiar platforms like Torrents.

Just like many other file sharing platforms, you need some kind of software to access Usenet. After installing the proper software, like Newsbin or SABnzbd, downloading from Usenet is a breeze.

A Brief History of Usenet

The User’s Network, now known as Usenet, was developed almost 40 years ago and was primarily a discussion forum where people communicated through text. These text messages were uploaded into the proper subject category.  It functions the same today, though the discussion topics have changed drastically over the years.

Usenet was one of the very first platforms used for file sharing. Usenet began as a message distribution network that was created before the World Wide Web was even around. It was a bulletin board service used for text messaging, but it was unique compared to other bulletin board services at the time. Although you couldn’t post or upload files back then, Usenet was able to be accessed via the Internet, which set it apart from the competing services where you would have to call in for access.

As Usenet grew, so did its possibilities. After it became possible to post files online, Usenet’s growth has soared, and it is now one of the biggest and safest platforms available for file sharing. 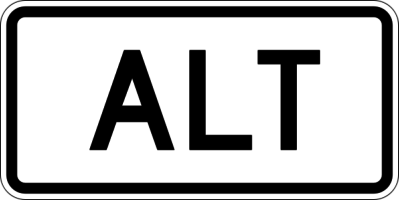 When the censorship of Usenet newsgroups became an issue and even certain freedoms of speech were not being allowed in the major newsgroups, two men named John Gilmore and Brian Reid created the alt.* hierarchy. This is an influential class of newsgroups that are not subject to the centralized control of typical newsgroups. This hierarchy was created after Usenet revamped itself, and the “backbone carriers” unintentionally upset many users by changing how newsgroups were organized.

The “alt” prefix itself was suggested because it implies that it is an “alternative” option to the typical (more mainstream) newsgroups, such as news, rec, soc, and talk. An ongoing joke about the prefix is that it is an acronym standing for “Anarchists, Lunatics, and Terrorists.” However, this is not the case. The alt.* network thrived because it was free of the backbone carriers’ influences and users could decide to create or decide not to create a new newsgroup all on its own.

The alt.* hierarchy is now a refuge for a huge variety of categories and subgroups that couldn’t find a home anywhere else. For example, the alt.fan newsgroups are forums primarily made for fans to discuss the professional work and personal lives of different famous people. Many musicians, actors and athletes have their own alt.fan forums. Alt.* forums tend to have more focused discussion instead of the more general discussions in other newsgroups.

Here are some types of alt.binaries newsgroups:

Each individual internet service provider will have its own policies and regulations on what newsgroups it makes available to users.

Usenet is organized into many different newsgroups, which is how all of the files are categorized. Each new uploaded file is tagged, or assigned, to the newsgroup that it belongs to. To access Usenet, you need to install specific software (similarly to how you might use a web browser to view a web page) and have a provider for access. Some of the access providers include:

These providers are not free, but they do a lot of work for their clients that makes them more than worth it. For example, the behind the scenes download process is rather complicated. Because Usenet utilizes binary file uploads, the file limit for each upload is relatively low. These low file limits don’t accommodate larger files, like movies or software, so these types of content are divided into smaller pieces to make up a content puzzle that needs to be put back together after they have been downloaded. However, your software should gather all these pieces and put them all back together automatically for you. Although the users themselves don’t usually see this action, it will happen on almost every download.

Some users may be familiar with how some Torrents show up as a ton of .RAR files that need to be assembled back together once they have been downloaded.  This is due to the fact that the file content originally came from Usenet, in all of its low-file-limit glory.

Every Usenet software provider does cost money, which is a huge discouraging factor for potential users possibly choosing between Usenet and Torrents. However, the benefits of Usenet tend to surpass the risks involved with downloading from Torrents (including the increasing number of DMCA notices being distributed to Torrent users). 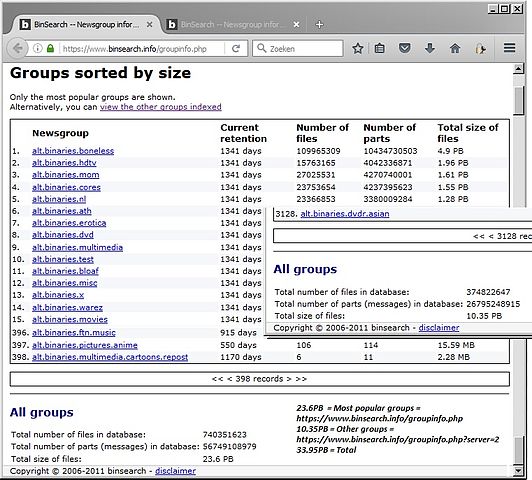 With over 27 terabytes of content being uploaded to Usenet newsgroups each day, it has accumulated a huge amount of pure content that is available to users. Usenet is home to every file type in every category imaginable. In many categories, the amount of content available rivals and even surpasses what their Torrent counterparts have to offer.

A downside to using Usenet is that most of the software options necessary for access are not particularly mobile friendly, meaning smartphones cannot access Usenet well or all of its possibilities. Some providers offer an interface that is web-based in order to make Usenet accessible from smartphones, but this interface won’t contain every newsgroup from Usenet. Web-based interfaces will only have the largest newsgroups and alt binaries.

Usenet contains very little (if any) exposure risk for its users, especially if they use SSL for encryption. Users can be assured of anonymity and that their uploads will not be watched and monitored, unless they are uploading thousands of copyrighted books or some other type of material that would understandably upset the rightful owner.

Benefits of Sharing Files through Usenet 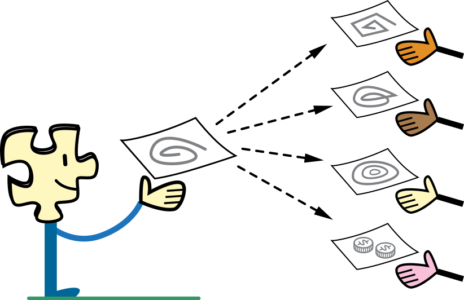 Usenet has many advantages, including its speed and security. When a user downloads something through their provider, they are getting it directly from an internet backbone network—this means that the data travels much more efficiently. Usenet’s security comes from the guaranteed anonymity of its users. For example, if somebody was spying on your connection, they would never be able to view the content within the user’s downloads. The only thing they would be able to see is that the user was connected to a Usenet server and a certain volume of data was downloaded.

Usenet is much more secure compared to Torrents, which runs a relatively high risk of copyright infringement and exposure when used. Torrent users need a VPN to encrypt their data traffic (in order to mask their IP address) so that any person who may be spying on their connection does not see the user’s personal IP address.

You Might Also Enjoy: What is the Best Laptop for Computer Science Majors?

Today, Usenet gets millions of new files uploaded every day. The ease, speed, and security it offers makes it an extremely valuable file sharing network option. Honestly, the speed of which you can download through Usenet is worth mentioning again and again. When you download files from Usenet, you are downloading them straight from the server—this means that new content will be moving much faster than say recently uploaded torrents.  Typically, it can even max out multi-gigabit Internet connections, if you are so lucky to have one.

Usenet is one of the first places that popular downloads appear, and it will almost always use your maximum available bandwidth. Once you use something this fast, the slower speeds of other file sharing networks become noticeable, making you want to make the switch for good.

Let us know your thoughts in the comments below!