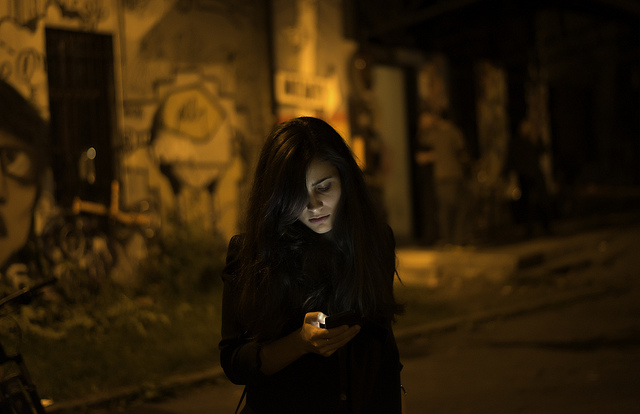 If you are shelling out Rs 30000 for a phone, it is clear that you expect to own a top shelf, high quality Android smartphone. I have researched and listed the best Android phones within the price point of around 30,000 INR.

These phones have up-to-date software and the latest Android features to justify the money spent on getting one.

The list is broad for best of Android phones between 25k-30k. But I still managed to present the best Android phones for you to check out in this post.

So grab a coffee and checkout the latest smartphones in market under 30k for year 2016.

This smartphone holds the top position for speed with a stunning 5 inch HD display screen and power.

As for connectivity you will get a dual band wifi, 4G LTE and wireless charging features.

On the connectivity front you get dual band wifi and 4G LTE band. Moto X has polycarbonate based body. It has 10MP clear pixcel rear camera and 2MP HD video front camera.

This six inch phablet of Sony has Snapdragon 400 processsor, 720 p screen, 13 MP rear camera, secondory camera of 1.1 MP and a large battery. This is an extra ordinarily sleek camera with 7.65 mm width.

It is an exceptional camera coming at an exceptional price considering the features. It has the advantage of dual SIM. It has 4.5 inch display screen with HD resolution.

This is an extra ordinary phone with a 4.3 inch TFT capacitive touchscreen.

It has got superior 20.7 MP primary camera with HD recording. To support video chat it has 2MP front camera. Experia Z1 is water and dust resistant. It has important connectivity options like GPRS, EDGE, Wifi, bluetooth, 3G, DLNA etc.

This smartphone has carved a niche for itself in the Android list. This is a phone based on a Windows processor. The high rating is due to its speed and customer friendly interface.

It has a 6 inch LCD display screen with HD resolution of 720p. It has the facility of dual camera where the primary camera has 5MP sensor. Connectivity options include wifi hotspot, pre installed Internet Explorer, bluetooth, A- GPS, v2 micro USB connectivity.

The attractive characteristics of this phone is its super slim body and easy portability. Its main forte lies in its power packed performance. Its 5.5 inch display screen has 16:9 aspect ratio and HD resolution. Users have the benefit of multi tasking smoothly with Galaxy Grand 2.

Primary camera has 8 MP sensor with a secondary camera of 1.9MP sensor. It has dual SIM feature and multi connection option too, for eg. Wifi connect, bluetooth, 3G and USB connectivity.

This is the phone that helped the company establish its brand name in the market. It comes with Super AMOLED Plus touchscreen, with 5.5 inch display screen with 1080p screen resolution.

This is another incredible production from Gionee. The top camera is the unique feature of this option. The rear camera has 16MP sensor and the front faced camera has 8MP sensor. It adjusts color and saturation which makes the setting more interesting.

The high value RAM makes multi tasking smooth and clutter free. The 5.5 inch display screen has 1080p resolution with the protection of Gorilla 3.

OnePlus 2 is on top of many phones in the price bracket. The phone has no heating issues and it does a decent job in other major areas. If you are planning to buy a new phone, this would be a great choice.  The OnePlus 2 has increased update from its previous version, OnePlus One.

It still maintains the sandstone back but it’s on a thin plastic plate.  The build and design of the OnePlus 2 is an embodiment of an incremental update. The sandstone back looks the same as in OnePlus One but feels somehow different.  This 5.5 inch FHD display is not that sharp but it’s not dime. The OnePlus 2 fingerprint sensor is useful and delivers to expectation.  OnePlus 2 does well with the ‘laser assisted auto-focus camera’. The 13MP camera on the back is also much improved as compared to the OnePlus One.

Asus has a popular range of smartphones with various configurations and it’s challenging to keep track of everything that comes from this Taiwanese manufacturer. Asus ZenFone 2 Deluxe was announced last year around August and its has remained one of the best phones beween 25k-30k. This device is actually a ZenFone 2 with cosmetic changes and it’s only available in the two configurations in India.

It features 4GB RAM with either 64GB or 128GB of storage. Actually, ZenFone 2 Deluxe is priced the same as the ZenFone 2 for those same two variants as well.  The ZenFone 2 Deluxe is exactly the same as its siblings from the front and sides, but is a completely different story at the back. The removable back panel has a delightful crystalline pattern with a dull matte finish and plenty of angular variation.

It also has a non-removable battery, and separate slots for both Micro-SIM cards and a microSD card (up to 128GB is supported). The ZenFone 2 Deluxe has a decent full-HD IPS-LCD screen and a 3000mAh battery. Asus ZenFone 2 Deluxe runs Android 5.0 with the company’s ZenUI layered on top.

These are all on my list of personal favorites for Android phones within the range of 30k. I hope you find my post useful.

Drop in your favorites and do write the features you enjoy the most in the comments below.  Let me know if any other smartphone should replace one above or be added in the list.