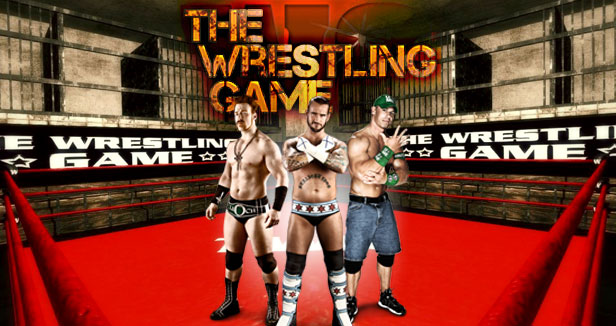 Playstore has a mix of free games as well as games for a fee. There is a subtle difference between free built in tab games and free download games. The built in free games are actual free games where no charges are incurred. Other games though free to download, may incur charges after level up of some point occurs. But to give you a fair idea, here are  some of the most popular free Android tablet games.

Skiing Yeti Mountain has those classic, Hall of Fame Flappy bird and Timber quality in it. These are addictive and are engaging game play with low-fi graphics.  This game is all about controlling a skier as he or she travels a mountain path. You do the maneuvering of the skier by tilting your finger at the bottom of the screen.

The challenge is to keep the mountaineer in the middle of right and left posts. You will face obstructions which have to be tackled and it is ultimately about how fast the mountaineer can reach the finishing line. This game looks easy to learn but not that easy to master. You might fail often, but you will be back for more.

As the name suggest, this game is about breaking bricks. Basic enough concept don’t you think?  The inventor is NoodleKick Studios who is known for Android games like Devious Dungeon. This game involves control of paddles at the bottom and top of the screen. There is a bouncing ball which has to be tackled in the center to break objects.  This game has countless levels and power ups.

It also has a 3 star rating system like Candy Crush. The cell shades are aesthetically and consistently arranged. At first look, the game might look simple but the color palette and shades are effectively selected to add a quality level to the game. This game is sure to go a long way in keeping users interested.

You May Be Interested In; Best Android Strategy Games : Are you Ready to Take the Challenge?

The punch line of Hardest Game Ever is that it is not the most difficult game but truly a fun game. It revolves around a series of funny and maddening games. It holds party games like Mario Party and WarioWares titles.  For short bursts, this game is great but it might not prove to be that mind blowing in tablets as the resolution will be low. Crazy game lovers will love this game as it involves frantic activities.

This game is for those that love something that is fast paced.  It is time limited and a tense puzzle game. You have to diffuse bombs before they blow off. There are about 80 levels in the game. Once you conquer all the 80 levels you get a hardcore to unlock.  The presentation is exciting and gives a very challenging look as well. The funny part is, it has the looks of 80s action movies.

If you are looking for the replica of matches like FIFA or Pro Evo then this a no no. But instead if you are on the lookout for some pure power ups and magic kicks, check out Luna League Soccer. It is kind of a story in a game, where you have to control one of the six competing factions trying to dominate the world. That control is done by playing football.  If the action story does not make much sense to you, definitely the game will bring you a ton of fun.

In one word it is a hilarious game. You have to control a wrestler who is made of 20 pixels. The wrestlers are competing in an ever on going rumble. The rule is more like jungle law than anything else. Everyone in the ring is fighting with everyone. By wind milling arms, wrestlers throw out other wrestlers. The Commodore 64 style graphics, make the impression of the game sweet and comic. If you want to be the champion of this game, you have to unlock hats and beat the bosses.

You May Be Interested In; 4 Amazon Tablets: Powerful and Best Value Fire Tablets

This game has the unique combination of speedboat and Mafia.  The inventor is Ubisoft who have thrown lot of vibrant graphics in the game. So if you are using a high display screen Android, then this game rocks in that.

When you start winning races, you can customize your boat and get in more speed in its motor. Not only that, you get to unlock houses for various clothes for your rider. So as much as you win levels, you get more speed, clothes and personalization for your boat.

These are puzzle games made especially for trendy Androids. More than a puzzle, I find it a sort of reflex game.  The zig zag paths in the game have risky edges. So you have to tap and control the ball from falling, while traveling the zigzag path. It is simple but a fun to play game and even the appearance looks great.

This game might have visual similarity with Flappy Bird, but the game has a more challenging platform.  The travel path have pipes, treasure, spikes and keys. The traveler is a very stretchy dog. So your job is to control the constantly elongating body of the dog, while it travels through the path filled with spikes and keys. It is not an easy game, but as you earn levels you will love the challenge.

Clicker games have flooded the Smartphones and Android marketplace, but the RPG Clicker is the newest one in the lineup. The pixilated visual is so pretty and sweet to look at. You have to take your hero out for the quest of treasure hunt. You have to control your hero by tapping to move, fight and win. Your hero also has to win against the bosses in the game.

These are ten relentlessly fun games to play on your Android or Smartphones. These are great games that also are free entry level games. You do not have to pay anything to get started with these games unlike some other options.  Whatever your budget, these aren’t going to have an impact on anything but your fun for the day!  Let us know what you think of this list?  Got any others that you would add?