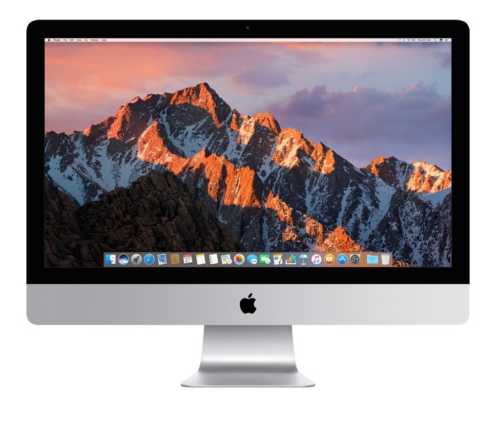 All-in-one Computers vs Desktop Computers – What to Consider

What is an all-in-one computer?

Advantages and Disadvantages of All-in-One versus PC

Advantages of All in One PC vs Desktop

They are more portable

One of the biggest advantages of all-in-one computers is they are more portable. Common desktop computers are usually limited to your office or home because they’re too heavy and bulky to transport. Gathering and moving a monitor, CPU, cables and the peripheral devices is no doubt a hassle.

They are more compact

With each new model, all-in-one PCs are becoming slimmer and slimmer. If you have little space in your house, require a multiple PC setup within your home, or you have a ton of PCs in your office, an all-in-one PC is for you. Switching out a desktop, which has a tower CPU, for an all-in-one will clear some desk space. Plus, it also frequently clears out the floor area, where many people keep their CPUs.

They are easier to set up

Using a PC isn’t comfortable for everyone. It may be because they’ve been an Apple user in the past or maybe it’s their first time trying to get familiar with working on a PC. If you’re considering some options for buying your first PC, the simple and efficient all-in-one PC might be a really fine option. Setting it up is really easy and simple. After plugging it in, press the power button, and you’ll see Windows boot up.

A standard desktop computer consists of many pieces that you have to assemble together to get it working plus installing several applications can definitely make it more difficult for someone new to the PC experience or one that just wants something all setup and ready to go. Most of us are willing to at least plug something in and hit one button to turn it one, but no more! For a new PC user to get involved in all the hassle of setting up a standard desktop PC, it will be more confusing, time consuming, and frustrating.

Touchscreen technology has made significant advances in the past few years, and multiple Windows laptops and all-in-one PCs feature them now. The touchscreen feature is really handy for artwork or designing, especially if you use something with pen support, for example, the Microsoft Surface Studio.  They are also great for younger kids (check for sticky fingers please), and I’ve found that seniors, such as my parents, like the ease of use.

There are an increasing number of apps for Windows that work better with a touchscreen and, especially, a stylus or pen. If you’ve been a tablet user till now and feel the need to upgrade to a more powerful PC, in this scenario an all-in-one PC with a touchscreen will be a good choice for you, you will instantly be familiar with the configuration and setup and have the plus of the additional functionality over a tablet.

All-in-one PCs are harder to upgrade

One of the biggest issues for the all-in-one computer vs desktop debate is the fact that all-in-one PCs can’t be updated. PC hardware keeps on improving as the technology keeps on advancing each year. Even if you buy a PC with the latest hardware at the time of purchase, it will probably become a bit dated within just a few months and definitely within the year. A computer is an investment, it’s hard to face the fact that the thing you spent a fortune on is decreasing in value and is not the best out there anymore.

To tackle this constant obsolescence of hardware, standard PCs have the ability to be upgraded easily according to the user’s requirements and, mostly importantly, the user’s skills. When I want to install a new card in my PC, all I have to do is open the casing, remove the old one and attach the new one. That’s not possible to do with an all-in-one computer.

You can’t change the display

Due to the restrictions of upgrading hardware in an all-in-one, you’re also stuck with one display, unless you attach an external monitor to your all-in-one PC and just use that. And if you do that, well why are you using an all-in-one?

The built-in display of the all-in-one PC might seem to be a more suitable option for you at the time but what if, in the future, you feel the need to get something with a larger display, something with a higher resolution or your display is faulty? You won’t be able to just buy a new monitor, instead, you’ll have to get the whole thing repaired or have to purchase a new all-in-one PC.

They are more expensive

When buying an all-in-one PC, you’re buying something that is assembled and branded by a specific company. This type of PC are more expensive when compared to some models of standard PCs or if you were to build your own computer yourself.

Trying to figure out the best computer for gaming? If you are a heavy-duty gamer, you already know the answer to this question—desktop computers win, hands down, when it comes to gaming! Most modern all-in-one PCs have fairly high specs and can run many new games at high but they can’t match up to desktop PCs due to the high options for modifications and hardware upgrades. I’ve successfully used an all-in-one computer to play a few games, but I would not want to use it for some of the most resource intensive games that are currently on the market. An all-in-one computer worked for a couple of MMORPG games that I tested, wouldn’t even attempt it for some of the latest MOBA games.

You Might Also Enjoy: What is the Best All in One Computer – Reviews

Are all-in-one computers worth it? Whether an all-in-one computer or a desktop computer is more worth it than the other depends on your personal preference. If you’re someone who enjoys using a portable computer that has the same screen size as desktop computers and exactly the same performance as laptops and most desktop PCs, then getting an all-in-one PC might be worth it for you. If gaming and heavy computer use is what you are looking for, then a desktop is more likely to keep up with you and your needs.