It’s that time of year when many are looking for the best RPG games on Steam!  RPG games (which are also called role playing games) are some of the oldest games to come out on the PC and since then they’ve just become even more popular. You can find games from several sites and place, however, a very popular site is commonly known by fans as “Steam”.

Steam has been in the gaming space since 2002, making it the great grandfather of the gaming community resources!  Its first foray into the gaming space was with Counter Strike 1.26.  There’s a ton of opportunity to connect with other gamers, learn, chat in game or not, share your games as well as download the latest and greatest games currently available in the marketplace as well as the patches and updates that every game repeatedly requires.

Today, in the RPG world,  Steam has one of the best libraries of both old and new RPG games that will have you spending hours of your day, sitting back in your favorite gamer chair to raise stats and conquer foes. Here are our top choices for the best RPG games on steam so that you can experience the finest role-playing experience. 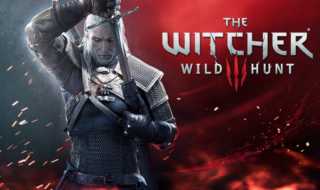 The Witcher 3 is by far one of the top RPG games on Steam this year. The Witcher gets a rating for ages 18 and up according to the Parents Guide.

Developed by CD Projekt Red, this is the last installment in the Witcher Trilogy and manages to hit all the right buttons to become one of the most memorable games in gaming history. Every part of the game is detailed and the visuals are simply stunning. The story is simple yet deals with a variety of political and controversial themes while keeping the player engaged.

Unlike most RPG games, the dialogue for Geralt truly does feel authentic and carries actual emotion. The soundtrack is just as spectacular. The Witcher 3 is currently one of the highest rated games on Steam as well as being one of the most critically exclaimed games currently available on the market anywhere. If you’re looking for the best action RPGs on Steam then The Witcher 3 is exactly what you want! Be warned, this game will ruin other games for you and it’s one of the best single player RPGs on Steam as well! 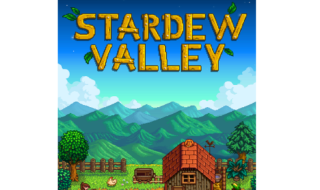 RPG games are all about raising stats and interacting with the world which is something Stardew Valley manages to accomplish incredibly well.  This game is definitely age appropriate for ages 10 and up. Stardew Valley is more of a farming simulator with RPG elements added into it. Each day in the game represents the actual season inside the game. From rain to snow and even natural disaster keep players on their toes all the time while they grow and loan their farms.

Many people wonder why Stardew Valley is classified as an RPG game? This is mainly because you can interact with the NPC’s and even get married! So if you’re looking for a nice friendly game where you can live out life on a farm then Stardew Valley is definitely worth checking out for you!

It’s been more than 2 years since Fallout 4 came out but it’s still counted among the top RPG games 2017 steam simply because of how good, expansive and engaging it was. Fallout 4 has a rating that shows it’s good for kids ages 12 and up.

Fallout 4 is a post-apocalyptic open-world action-adventure game that can be played as an FPS and a third-person action adventure. What makes Fallout 4standout the most is the large variety of different combat options that the developers have finally mastered after many games by finding a perfect balance of RPG elements and action-adventure elements. In terms of vastness, popularity, and appeal, Fallout 4 is only second to The WItcher 3.

The world of Fallo0ut 4 is filled with zombies, mutants, raider and even some occasional aliens that will keep you occupied for months. The graphics are top quality as well which are only improved by the hundreds of over the top and truly innovative mods available for the game. All in all, if you’re looking for a game that’s worth your money then Fallout 4 is the game for you!

If you haven’t heard or seen Dark Souls 3 and are a gamer, then you might have been living under a rock all these years.

Dark Souls 3 is a game known for being a bit “hard” by many and is the final installment in the critically acclaimed and definitely well loved by fans franchise Dark Souls. Dark Souls 3 has a medieval fantasy theme filled with monsters, knights and magic in a dark dying world on the brink of death. The story is hard to follow at best but for those that really dig into the lore, they will be rewarded with a deep and incredibly interesting story as the world slowly but surely starts to make sense along with your actions.

The highlight of Dark Souls 3 is the combat and over the top boss battles. Unlike most games today, Dark Souls 3 doesn’t hold your hand throughout the entire game but rather there’s a high chance that you’ll die more than a few times during the tutorial alone! If you’re looking for a fun, challenging and rewarding game then Dark Souls 3 is one of the best RPGs on steam 2017 for you.  The Parents Guide rates it as appropriate for ages 16 and up.

The Elder Scrolls V: Skyrim is made by the same people behind Fallout 4 and since its release, has been regarded by many as the best RPG game of all time until The Witcher 3 showed up on the scene.

Both The Elder Scrolls V and Witcher 3 have a vast world to explore, countless side quests that are genuinely fun to play and add more to the experience as well as having a detailed world with gorgeous graphics and stunning locations.

What truly sets The Elder Scrolls V: Skyrim apart is that there’s nothing binding you to the main storyline and some can even argue as to whether there even is a main storyline to begin with.  As soon as the game starts, you’re free to do whatever you want, fight the way you want and choose from a variety of quests that never seemingly end.  So if that type of game is the style you like, you might want to check this series out!  Rated by Common Sense Media for ages 15 and up.

There are a ton of RPG games on the market these days!  And without a doubt Steam offers an incredible selection to explore.  Add into the mix the other features and communities on Steam, its no wonder that gamers of every type check out the newest and best games to hit the market! So that’s our list of the Top 5 Best RPGs on Steam 2017.  Which ones are you favorites?  Let us know in the comments below!