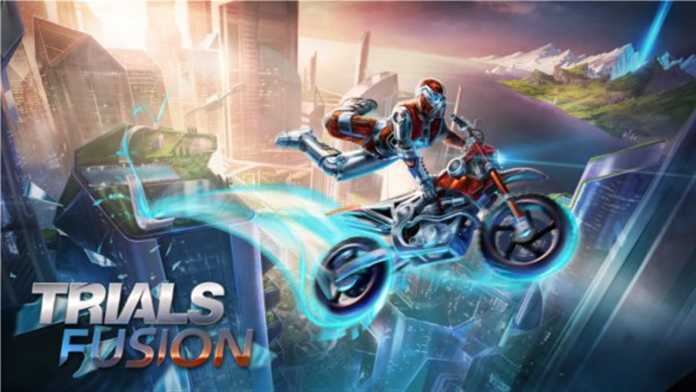 With some long anticipated titles and great surprises in store, most of these games that are making our Best Racing Games 2017 list are already on track and ready for their time in the spotlight. 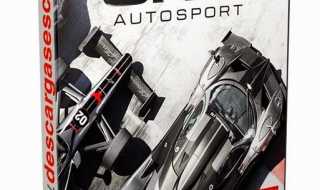 Codemasters seems to have done it again! They have picked up on the mixed reviews of Grid 2 and worked overtime to offer some fantastic new experiences that put Grid 2 backwards by a mile. Arguably, a perfect blend of simulation and arcade game, Grid Autosport succeeds in giving players a wholesome racing experience. If you are looking for greater thrill and more adrenaline rush, then this game choose from the game’s five categories:

And there is more……. Once you have played through all the five categories, you unlock the special Grand Slam events! The graphics of the car are top-of-the-line and are appealing to the eye, but then, the track and environment graphics are rather disappointing. This is an exciting series of races spread across all the five categories. Overall, a great game for pros and amateurs alike. 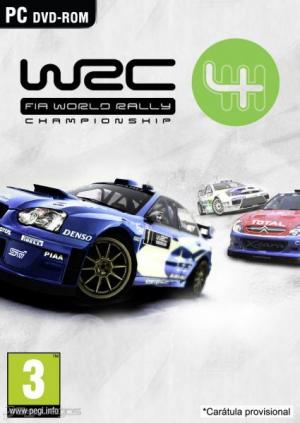 The milestones brand in the field of racing car games, World Rally Championships 4, has released some mind blowing track designs in WRC 4 –a no nonsense rally race game. Before you start fidgeting and gear up to press tightly on the accelerator, remember not to expect too much from its average car design and handling.

The official game of 2013 FIA World Rally Championship, WRC 4 enables you to choose your favorite crew and has all official categories: WRC 3, WRC 2, Junior WRC and WRC. Here, you can choose from the single race mode, career mode or a championship mode. Just customize your racer, co racer and choose a manager at the beginning of the game, and you are on.

The handling on the track in this racing bonanza feels very familiar to its predecessor and places you on familiar territory, instantly. The graphics have seen a significant upgrade from the previous games from the franchise but still have some way to match up to its current peers. Stop looking for that gritty off-the-road feel in this game and settle for its good looks. A must-play indeed!

For those looking for the latest version, check out WRC 6!   WRC 6 has the feel of the PlayStation 2-era Evolution-developed WRC games where they attempt to capture the spirit of a niche motorsport series and, most importantly, it feels good to play due to the wide selection of tight-quarters race tracks, and decent handling of the vehicles. While not up to par of others, say, Dirt Rally, in the car selection or look and feel – it’s not bad for developer Kiloton’s latest effort on the series. If you got turned off or haven’t given this a test drive, now might be the perfect time to! 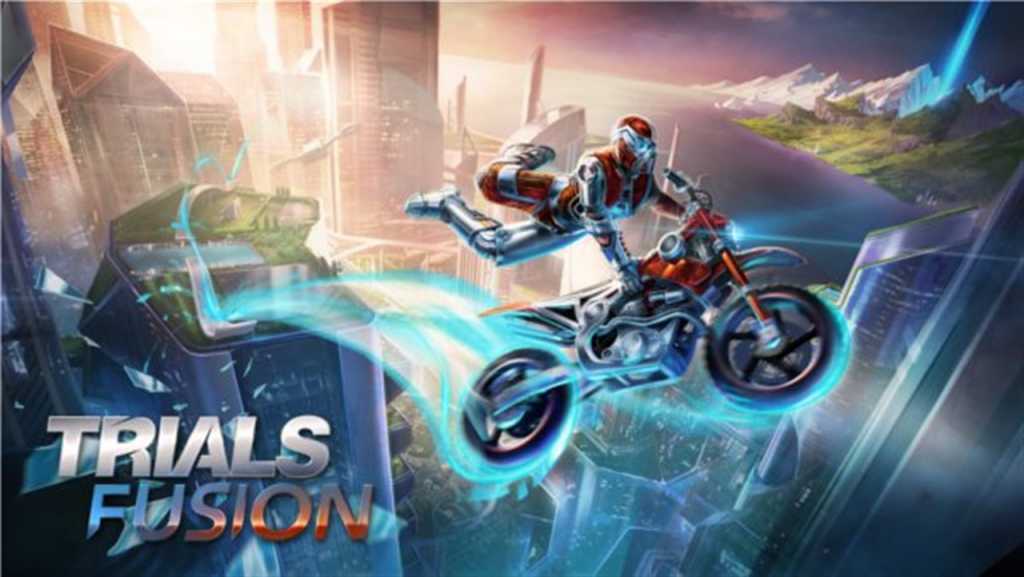 One of the most impressive features of Trials Fusion is its highly believable physics. The way this racing game allows jumping, wheelies and smart landing and adheres to the rules of the physical world, makes playing a lot more fun. If you are looking for a subtle cross between moto-cross games and the ones that feature track, then you are in luck. A fan favorite for a few years now, this classic game is sure to bring told of fun for you and friends.

With Trials Fusion on your gaming console, you get tracks that are amusing to play in and repetitive play does not hamper the fun element of the game. The developers at Red Lynx have outdone themselves in developing this 2D game, which promises to keep you engaged for hours.

F1 2013 works well both as a simulator and as an arcade game. It retains some of the best elements from its previous versions and has added classic content from the 1980’s/ 90’s. These new features are all set to put the tracks on fire and are definitely going to excite fans globally. This comes as a sigh of relief for people who cannot afford a continuous playtime of over two hours and has an option to save the race mid-session and resume it later on. With a 10-race season of 5-laps each, the Seasons Challenge mode also offers you the experience of playing a career length race in a short amount of time. Are you ready for the challenge? Then check it out here!

But if you are looking for the latest version of this game with some amazing enhancements, check out the F1 2016 version.  The developers have finally created a version that lives up to their promise – be the driver, live the life. This go round there’s tons of little details and customizations that you can do to make the game really rock.

Urban Trial Lifestyle, set in an abandoned city, makes you take on the role of a motorcycle daredevil of sorts and complete insane stunts and challenges. The courses are tricky and riddled with hurdles that require nimble fingers to navigate through. If you are familiar with the Trial franchise, then you will find it easy to adopt yourself to its new features as well. The trials are of two types, the first is a time trial where you need to complete the trial in the shortest amount of time and the second is the stunt trial, where points are based on the complexity of the stunts performed by you—take your pick!

Last but certainly not the least, Evolution GT, one of the best games from Milestone, is making the world of racing all the more competitive with many levels of challenges. Giving you the opportunity of playing the role of a real racing driver, this enthralling game is all about choosing race tactics, appropriate driving styles, gaining access to novel roadsters/ racing cars and reaching the goal in models like the Pagan Ronda or Beatty EB110.

Dirt Rally racing games is even more awesome than its predecessor Dirt 3. It’s has been named as the best game Codemasters have come up with in years. This game is has original handling model and solves many arcade touches that continues to persist in the series. If you are looking for a fun game that will keep you hooked on your seat, this is the game for you.

This racing game is on another level and can’t be compared to any other recent rally game. When playing the game, always take care of your car through every race stage. The game offers beautiful car skins that are suitable for any weather and lighting changes are available to elevate the game a bit higher.

From the beautiful landscapes of Scottish Highlands to London, Barcelona and Cote d’Azur, the Evolution GT certainly takes you places. With high-definition viewing, superb detailing with race-tracks, changing skies, crowd and cars; this perfect game is all set to be the talk of the year!

Get ready to change gears, screech off the tracks, fling mud as you zoom ahead and a lot more with these top rated games at your fingertips.

NFS Rivals and Need for Speed 2015

As you already know, NFS is one of the most popular racing game franchises in the world and has come up with some of the most interesting products in the past. NFS Rivals maintains high octane and offers adrenalin fueled races, as in the previous games in the series. 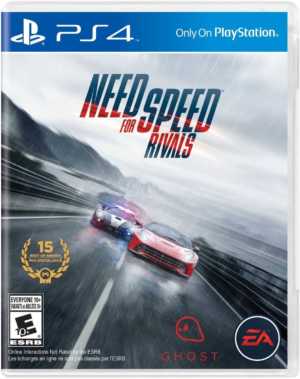 As the game progresses, the races become more difficult and grittier; thus adding to the fun. So, get ready to either play the role of a racer whose ranking increases as he evades cops, or act as a cop where you become a part of the police force and bring illegal racers to justice. Both these modes are just as fun-filled and engaging to play in.

The controls are sleek and the graphics are well done. The NFS Rivals also has the All Drive option, where you can transit from single player to the online multiplayer mode. 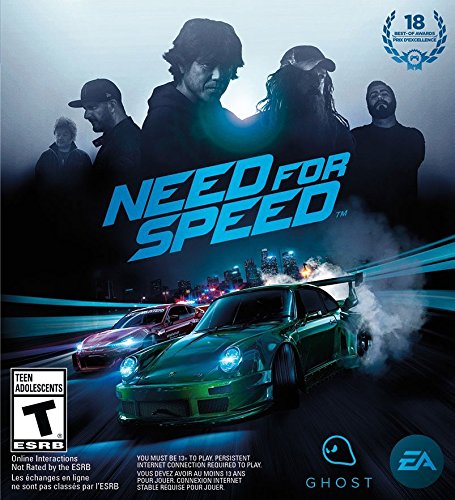 The 2015 version of NFS brings the game back to its successful and enjoyable roots from the Underground series.  The game has incredible looks, sounds fantastic, and while the handling is still standard arcade fare developer Ghost Games has added a welcome dose of nuance by letting us tune our cars for either grip or drift.

The eclectic roster of cars is less than what’s available in some other games, but it has a little something for most gearheads. Garage spots are limited to five but the focus here isn’t collecting; it’s on perfecting what you’ve done.  The game is shorter than some might like but the multiplayer side makes up for it.  If you’ve liked other versions, you might want to check out this latest lineup!

This impressive game developed by Eutechnyx is more of an arcade game than a simulator. A major upgrade from its earlier version, Nascar 14 boasts of better graphics, authentic Nascar tracks and some of the best drivers on the tracks. In this game, the major issues are with the AI, which seems to be too unrealistic.

The game has moved towards the arcade genre and offers some very engaging moments as you move on. Its attention to details makes for a pleasant game play and is definitely a treat for all Nascar fans.

The latest version of fan favorite NASCAR videos games is the NASCAR Heat Evolution.  Originally out in 2016, it’s got a face lift for 2017 that makes it worth checking out if you haven’t before or if you haven’t played in a while.

This entry in the NASCAR Heat series, includes numerous NASCAR Sprint Cup Series drivers and cars, as well as 23 licensed tracks all across the country.  Each track has been carefully recreated in conjunction with track owners.

The game, which is coming to PC, Xbox and Playstation, will have new AI and Speed Rating systems that adjusts gameplay to your skill level. There will also be quickplay races, as well as offerings Career and Chase play modes, which challenges players to win the Sprint Cup. Additionally, Heat Evolution will include Challenges, allowing players to attempt to beat a real-world NASCAR record. You can find NASCAR Heat Evolution here– 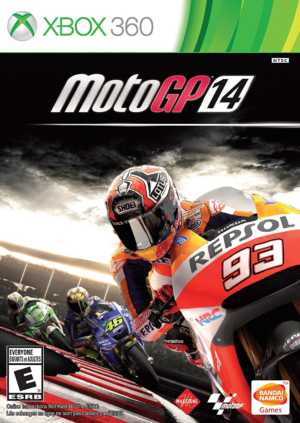 MotoGP has proved to be one of Milestone’s most famous game series which seems to get better with every new release. Providing endless hours of entertainment, the latest in the series, MotoGP 14 is no exception. With over 100 riders and 18 tracks to choose from, it features all official manufacturers and lives up to its legacy.

Like the racing games before it, MotoGP 14 comes with breathtaking visuals and tries to stay as faithful to the actual MotoGP races as possible.

Definitely one of the best superbike racing games out there. So check it out and see how you stand up to the competition!

If enjoying the Russian wilderness is your scene, then Spintires works well 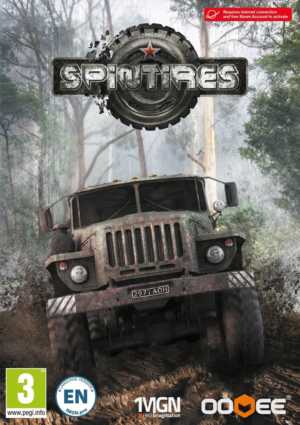 as a simulator and makes you drive beaten and banged up trucks through some of the toughest tracks that you may have ever played upon.

It has some of the best physics and an accurate rendition of muddy sludge (which makes up the tracks).

It definitely offers hours of adrenaline-packed racing game fun. This game makes you veer off track and exposes new, wider roads to the destination.

With mind blowing attention to detail, Spintires promises to keep you engaged for a long time.