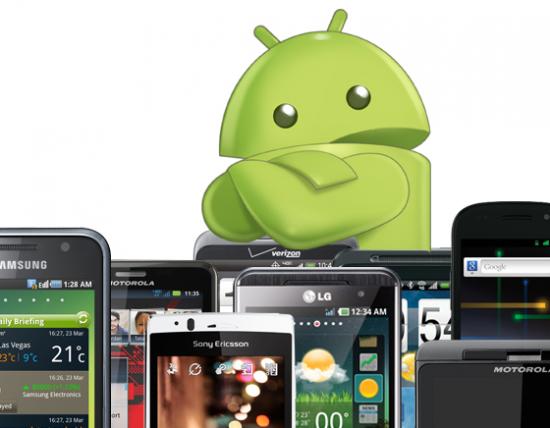 You can attribute the Smartphone revolution to Android phones that have ushered in a new era of mobile usage in India. With a humungous amount of apps available for Android and the aggressively competitive pricing of handsets Android phones have become the flavor of the season and managed to steer the mark et away from the lure of iOS and Windows phones.

We therefore bring to you the top runners from different brands in the Android phone Indian market for the year 2014. And the winner is….well why don’t you find out for yourself!

A phone with a great display and performance! 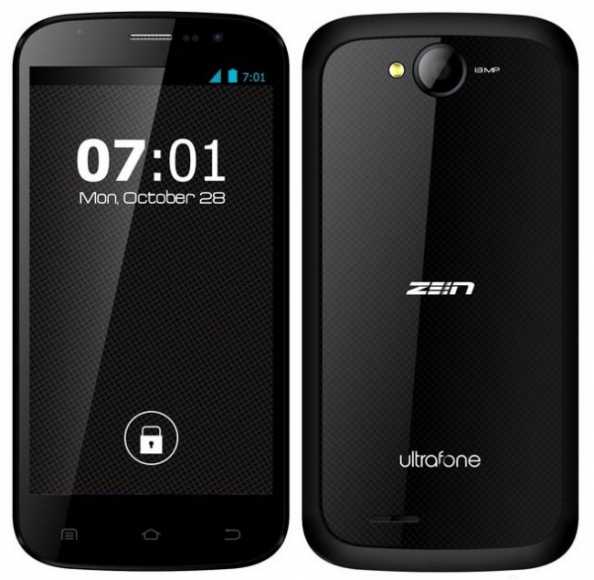 The Zen Ultrafone 701HD has a 5-inch inch capacitive 720p display and is powered by a 1.2GHz quad-core processor, PowerVR SGX 544MP GPU and 1GB of RAM. It runs the Android 4.2 Jelly Bean OS. This is the only phone in the list having a good front camera with 3.2 Megapixel and an 8 Megapixel rear camera.

It has 2000mAh battery powering up the device and includes other standard features include 4GB of internal memory and a memory card slot supporting up to 32GB microSD cards, dual-SIM support, Bluetooth V4.0, 3G and FM radio.

This phone has very good performance combined with the best screen but, Zen is a relatively new and unknown brand in India, so we recommend you to check out service support before buying.

A phone with Xquisite design, Xtraordinary performance and Xceptional price! 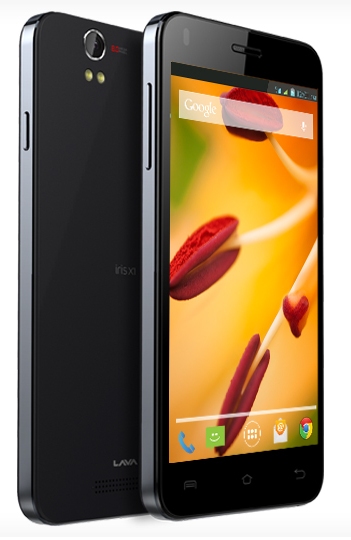 This classy dual SIM handset comes with a 4.5-inch, IPS LCD capacitive touchscreen havinga resolution of 480 x 854. It is powered by a 1.2GHz quad-core Broadcom BCM23550 processor coupled with 1GB RAM and it runs the Android v4.4.2 (KitKat).

The 8 Megapixel rear camera with dual LED flash records videos in 3GP and the 1 Megapixel Front camera will suffice your requirement for selfies and video calling.

The 1800 mAh battery is average and other features are standard, internal storage of 4 GB withexpandable storage up to 32 GB via SD card slot, 3G, Wi-Fi, Bluetooth v4.0 BLE (Bluetooth low energy) and micro-USB 2.0.

Overall it has good specs but it lacks intuitive user experience and it is only the camera that enables it to score over its competitor Moto E.

A phone with a great resolution and good performance! 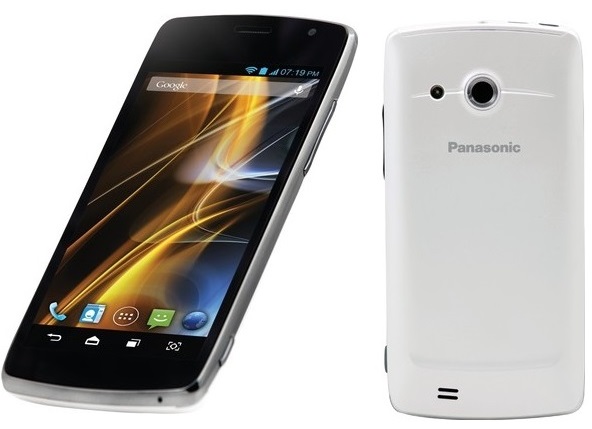 Having a 4.5 inch screen with IPS and Crystal Clear Display and a resolution of 1280 x 720 pixels and pixel density of 326.4 pixels per inch, this DUAL SIM handset runs on the Android v4.1 (Jelly Bean) operating system.

It houses a 1.2GHz dual core processor and 1GB RAM and VideoCore-IV GPU that boosts the performance of the phone and applications run without lag.

It features an 8 MP rear camera and 2 MP front camera, 4GB internal storage, up to 32 GB expandable memory, a 1700 mAh battery and a host of typical features like 3G, Bluetooth, Wi-Fi with hotspot & Direct, MicroUSB 2.0 and FM radio

A phone for music lovers – great sound and fluid UI! 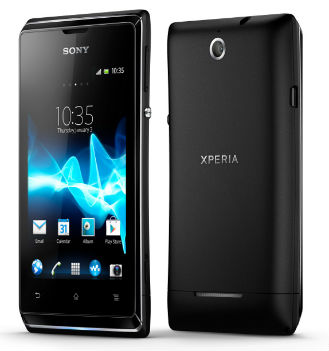 As the name suggests this phone has dual-SIM capabilities. It has a 4-inch TFT capacitive touchscreen with scratch-resistant glass and pixel density of 233 pixels per inch. It is powered by a 1.2 GHz Qualcomm MSM8210 Snapdragon 200 Dual Core Processor combined with 512 MB RAM and Adreno 302 GPU. It runs on Android Jelly Bean.

It has a 1750mAh battery that can last you for a day. Of the 4GB built-in storage just 2GB is available to the user but it is expandable via a microSD card up to 32GB. Other features include MicrosUSB 2.0, Bluetooth v4.0, 3G and FM Radio.

The SONY specific widgets like the WALKMAN application and Sony Entertainment network along with sound enhancements like Clear Audio+ and xLoud experience make this phone desirable to music lovers. There is an offer of 50 GB free storage on Box with this handset.

A phone with a sturdy build and immersive gaming experience!

The dual SIM phone is powered by a 1.2 GHz quad-core processor with PowerVR SGX544 GPU and 1GB of RAM giving you a multi-tasking experience with good gaming capability.

It offers a sharper and brighter 4.5 inch qHD display with a 960 X 540 Resolution and an 8 Megapixel rear camera with LED flash just like its counterparts – the Karbonn Titanium S5 Plus and Zen Ultrafone 701HD in this list.

Other features seem to be standard like 4GB of internal storage with up to 32 GB expandable memory, Android Jelly Bean OS, 1 MP front camera, USB 2.0, Bluetooth v2.0 and Wi-Fi.

Its build quality is one of the best when compared to other phones in its class. In addition it comes with XOLO Secure enables remote tracking of device and prevents loss of data.

A phone with a lag free performance and a battery that lasts long, really long!

This handset again dual SIM, comes with a large 5-inch TFT capacitive touchscreen havinga resolution of 854 x 480 pixels and pixel density of 196 pixels per inch. It is powered by a 1.3GHz MediaTek quad core processor. It runs the Jelly Bean version of Android. The Mali 400 GPU and 1 GB RAM ensure a good gaming performance and efficient multitasking.

It comes with a 4200 mAh battery which is awesome. Internal storage of 4 GB and expandable storage of up to 32 GB via SD card slot along with 3G, Bluetooth 4.0 with ADP, Wi-Fi, MicroUSB 2.0 and FM radio are the other standard features.

A phone with a good display and gaming experience! 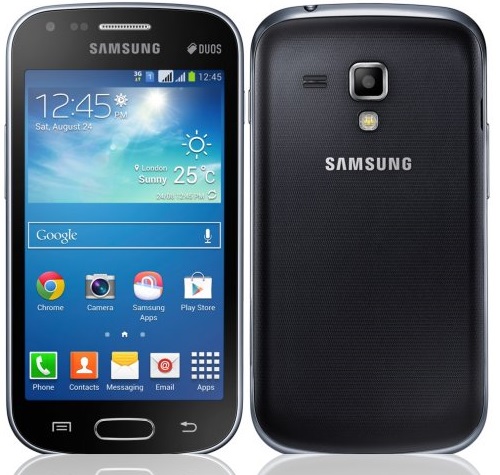 The 5 Megapixel rear camera with autofocus and LED flash is capable of taking HD videos (720p) and allows geo-tagging. Secondary camera is VGA.

The 1500 mAh battery lasts for up to a day. It has an internal storage of 4 GB and expandable storage of up to 64 GB via MicroSD card slot. Other standard features are the same as most phones – 3G, Bluetooth v4.0, MicroUSB 2.0, Wi-Fi and Stereo FM radio with RDS.

A phone with splendid looks and good value for money! 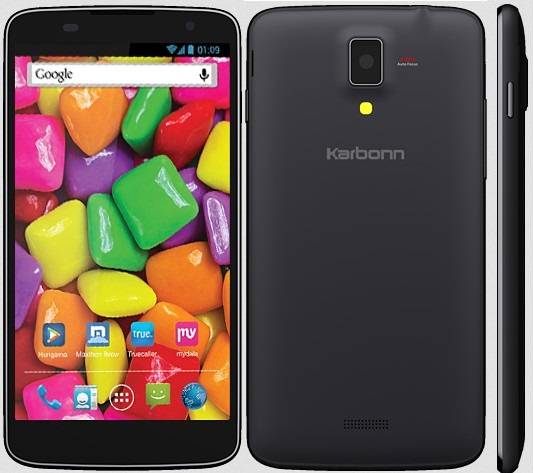 The 8 Megapixel rear camera can record HD videos and has average performance in low light conditions, although the LED flash can helps here. The 0.3 Megapixel Front camera is about average and does what it is supposed to do.

The 1800 mAh battery is not really sufficient for the large display but one sustain up to a day with moderate usage. With a low internal storage of 4 GB users will find the need to use the expandable storage of up to 32 GB via SD card slot. 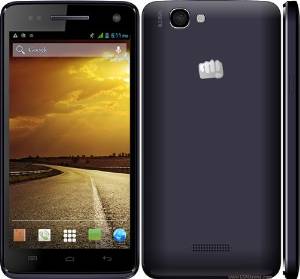 This is a phone is good value for your money since it comes with a 5 inch IPS screen having a pixel density of 294 pixels per inch. It has a powerful 1.3 GHz Mediatek MT6582 Quad core processor and 1 GB RAM and also sports an 8 MP rear camera with LED flash that produces excellent results. It also has a 2 MP front camera for video calls/chats.

The 2000 mAh battery provides average talk-time/stand-by time and the internal storage is low, only 4 GB but can be expanded up to 32 GB via SD card slot. Connectivity features are 3G, Bluetooth 4.0, Wi-Fi and USB 2.0 and it runs Android OS, v4.2 (Jelly Bean).

You get two additional back covers by way of frills.

A great budget phone with some top features!

Although this is an entry level handset, the durability features like Corning® Gorilla® Glass 3, Anti-smudge coating and water resistance that come with it set it apart from the other handsets in its price range. The most appealing feature is that it runs the Kitkat Andriod OS.

It houses the Qualcomm® Snapdragon™ 200 with 1.2GHz dual-core A7 CPU with Adreno 302 400MHz single-core GPU which make it quite a powerhouse.

It boasts of the sharpest qHD display in its category having a resolution of 540 x 960 and a pixel density of 256 pixels per inch. With an average camera (5 Megapixels) and battery life (Non-removable Li-Ion 1980 mAh battery | 7 hrs), decent sound quality and hardware performance, dual SIM functionality and connectivity features like 3G, USB 2,0 and Bluetooth v4.0, this phone has earned itself the title of the best Android budget phone to date. CDMA Model is coming soon!