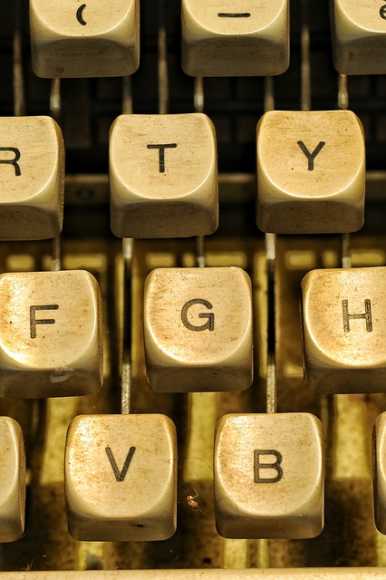 Looking for the best laptop for journalism students? It’s exciting starting off on your future and finding the right laptop for school is critical.  What is needed for one program of study

is not the same for every student and every field.  So, what are the best laptops for writers and journalism majors?

Based on our review of the standard requirements from the colleges and universities, the most common configurations for computers included both Apple Macs and PCs.  The following are the configurations recommended for our list of the best laptop for journalism students.

To start with, a common recommendation from schools was to upgrade your laptop’s Ram as much as possible so that you will get better performance and use from your machine.

The configurations above will help in choosing which laptops will work best for you and your program in school.

Apple are not known for their affordable prices but they are well known for their fast and smooth performing laptops. This Apple MacBook Air is one of the most affordable options available as well as a great way of entering the Apple market.

Configuration of this 13.3-Inch Apple MacBook Air provides exceptional performance for its price. It comes powered by a 1.6 GHz dual-core Intel Core i5 processor as well as having GB of 1600 MHz LPDDR3 RAM and 256 GB PCIe-based flash storage making it the perfect fit for any journalism student. The Intel HD Graphics 6000 chip keeps everything running smoothly at 1440 x 900 resolution.

One of its best features for students is the fact that it can last up to 12 hours on a single charge which means you’ll be covered for the day. If you’re looking for a high spec Apple laptop that’s won’t break the bank like many of them, then this Apple MacBook Air is one of the best journalism student laptops to consider.

The Dell Precision 5510 is a feature rich laptop that will last you quite a while before needing an upgrade – in fact, getting all the way thru school ought to be no problem. It’s powered by an Intel Core 6th Generation i7-6820HQ Processor along with 16GB of DDR4 Ram that will make sure that you’re good for at least several years.

Journalists in the field need a fast laptop more than anything else, which is why we believe that this is the best laptop for journalism students due to its 256GB PCIe NVMe Class 40 Solid State Drive that is extremely fast! Its 15.6 inch UltraSharp UHD display can deliver up to 4K performance without there being any impact on speed due to its NVIDIA Quadro M1000M 2 GB GDDR5 GPU.  Definitely one to check out!

If you’re looking for a high-end laptop at a reasonable price then the HP Notebook 15 just might be the right pick for you.

It’s powered by an Intel i5-6200U Processor 2.3GHz with turbo boost up to 2.8GHz which means considering its low price it is exceptionally fast.

HP Notebook 15 has been designed for business users which is why its looks are designed to have e a professional style . To keep everything running smoothly,  it has 8GB DDR3L-SDRAM Memory and provides massive storage space thanks to its 1TB 5400RPM hard drive – you’ll be able to store just about anything on that!

The display isn’t as good as other high-end laptops but it does manage to deliver high quality 1080p resolution which is just right for journalism students.  Considering the display is Full HD SVA with antiglare WLED-backlit, it’ll be a pleasure and easy to use in daylight as well.

The MacBook Pro is powered by a 2.9GHz dual-core Intel Core i5 processor which can go up to 3.3GHz in turbo boost. It has 16GB Ram and a super-fast 512GB SSD which means you’ll have more than enough space for just about anything that you do over the next four years. The Intel Iris Graphics 550 keep everything running smoothly as well as being able to handle photo editing and Adobe applications seamlessly.

Considering its solid build, sleek and design, it’s highly portable though heavier than some other options at 6 lbs.  It does come with a long lasting battery. To top it all off, the keyboard is backlit making a journalist’s job a lot more comfortable and easier to use.

Starting off in your journalism career and trying to find the best laptop for writing or for school and your work as a journalist is important.  Following the configurations outlined here, you ought to be able to quickly and easily find the right laptop for you!  In addition, the options that we cover are great choices that meet all the minimum requirements and more.

Have a great time in school this year!