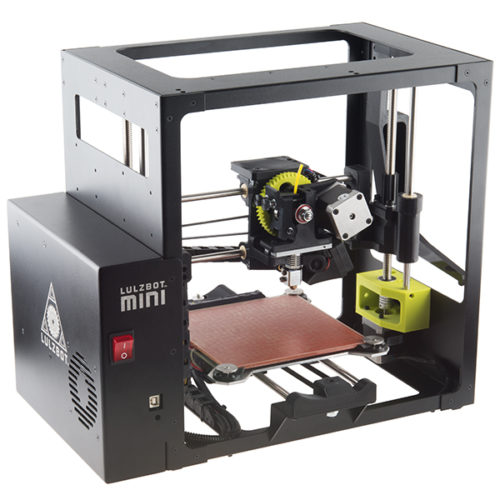 2018 saw the birth of several first-class technologies including the release of new 3D printing technologies. Finding the right 3D printer can be quite time intensive, especially if you’re a first-time printer buyer. 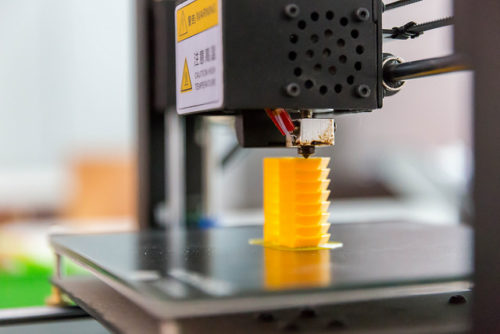 The guide below should, however, lead you in the right direction and give you an idea to the desktop 3D printer options available to you. Aniwaa, a tech hardware comparison search engine site created the full report, which you can access here and in this piece we’ll share highlights from the full report to assist you with your next printer purchase. 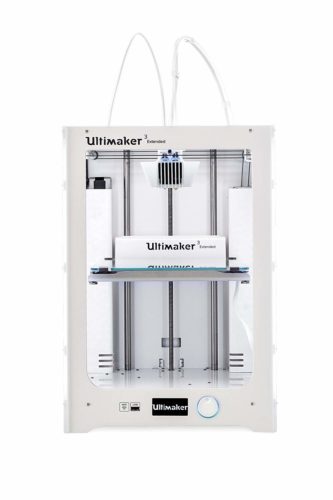 An upgrade of the Ultimaker 2+, this specific model features an automatic camera, automatic bed leveling, a dual extruder and several other interesting elements.

While definitely on the higher end of 3D printer pricing, the Ultimaker products come highly recommended and have received several commendations from the 3D printer community over the last few years. Other models in the range include the Ultimaker 3 Extended and the Ultimaker S5, these are said to be more suitable for large volume builds. 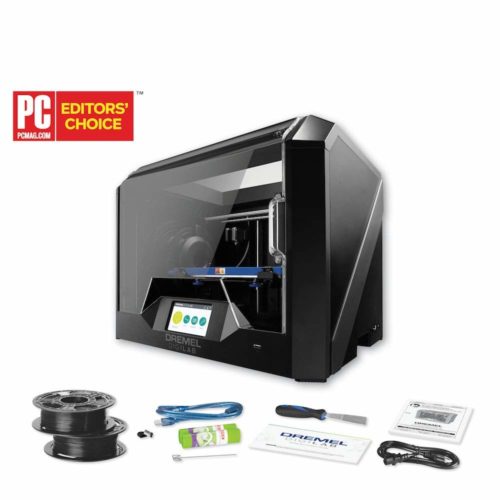 Manufactured in the United States, the Dremel DigiLab 3D45 is worth consideration if you’re in need of a 3D printer for educational or professional purposes.

This closed frame printer has several features including, carbon filters (which help to remove toxic volatile particles), a heated print bed, a built in HD camera (allowing users to monitor printing progress remotely) and an extruder. The printer also comes with its own software the Dremel DigiLab 3D Slicer and the Dremel Print Cloud is part of the printer package. Average retail pricing of under $1700 as of our last check, it’s positioned as an educational printer and might be worth the investment if you need a desktop printer for an academic setting. 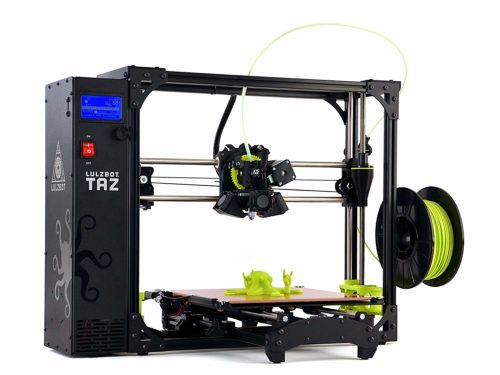 The LulzBot TAZ 6 has left a lasting impact on the printing community with its consistency in delivering high quality prints. It has a few awards under its belt namely the Workhorse Award and Outstanding Open Source model award by 3D Hubs.

While it might be on the pricey side considering it’s generally priced around $2000 currently, when you look at its features, it all adds up. It has self-leveling capabilities, self-cleaning mechanisms, and can print with multiple materials. It may not have some of the features you’d expect it to come with for the price it’s retailing, but if you’re making a long-term investment and are looking for a printer that will deliver high quality prints over time, the LulzBot TAZ 6 is worth consideration. 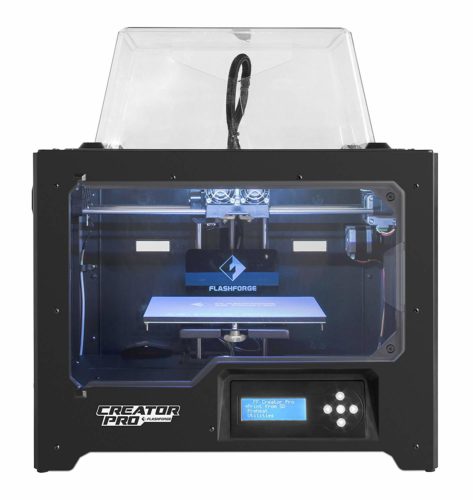 A highly respected product in the printing community, the FlashForge Creator Pro has received various upgrades over the years and has been described as a great mid-range 3D printer.

It features a closed frame and dual extruder – allowing for printing with 2 filaments at a time.  It’s said to deliver prints of a superior quality, all you need to do is play around with it a little. Based on our recent price checks, we’re finding that it’s easily priced below $900, a reasonable price considering the quality it offers. 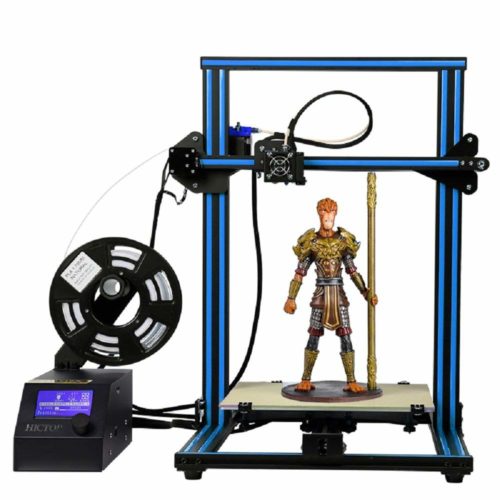 The Chinese made Crealty CR-10 features a heated print bed, an open frame, offers an exceptional build volume – for larger 3D prints and has an LCD Screen and SD card reader offering a simple user interface.

It’s compatible with 3D software namely, Cura, simplify3D and Repetier-Host. You can get all of this for around $400, which is a pretty good price considering the features of the CR-10. 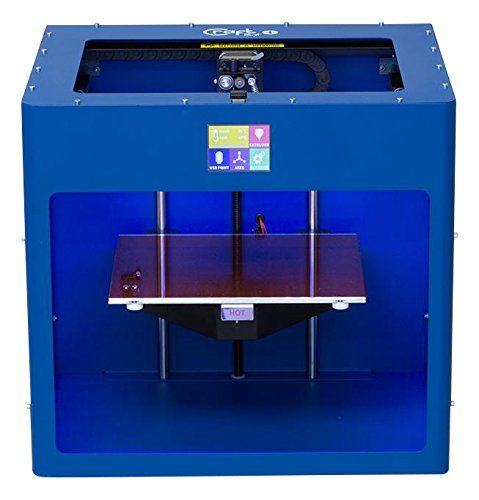 The CraftBot Plus has been a favorite printer since it first arrived on the scene, receiving awards 2 years in a row for being the best plug- n-play 3D printing device for both 2017 and 2018.

It’s been described as easy to use due to its touchscreen and Wi-Fi connectivity. With a price point of right around $1000; the CraftBot Plus, is worth considering, particularly if you envision working with different filaments on the machine.

The Tiertime UP Mini 2 ES has several interesting features which include a heating bed allowing for 3D printing with multiple materials, a closed frame which provides more security when printing, automatic calibration (no manual calibration needed), automatic error detection rectifying errors throughout the printing process and a touchscreen for a more intuitive experience. With all its features, you’d expect to pay top dollar, but the Tiertime UP Mini 2 ES is currently priced below $700 at this times which is a pretty fair price if you ask us. 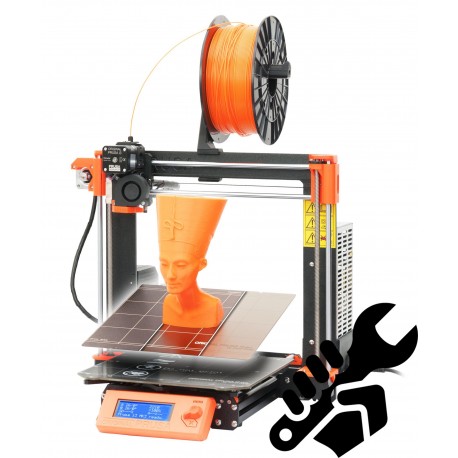 The Original Prusa i3 MK3 was made by Prusa Research and comes recommended because of its dependability.

With open source parts, maintenance is a dream and the general feedback has been that it’s one of the best desktop 3D printers made to date. It has also been nominated as one of the best budget buys with its price point that is below $1000.

Made by the South Korean manufacturer Sindoh, the 3DWOX 1 is suitable for a wide various of environments including offices, home and classrooms. The printer’s main features include a removable steel plate, a Hepa filter air filtration system that minimizes the emission of odors and toxic particles. The 3DWOX 1 also features a mobile app allowing users to monitor printing progress from a distance and a 5-inch touch screen for a more intuitive user experience.

Current pricing we’ve found is around $1500 and the Sindoh 3DWOX 1 has top of the line features making it worth every penny.

And that concludes our review of 3D printers for this year! We’ve shared some of the top 3D printers from the original guide as featured on the Aniwaa site. The full report includes a few other printers, which you should certainly consider when you make your next purchase, so be sure to head on over to the site for all the extra information. The full report also incorporates reviews from several other technology authorities including Amazon, Make, Pinshape and 3DHubs.

So let us know your favorite 3D printer and why you like it best below!