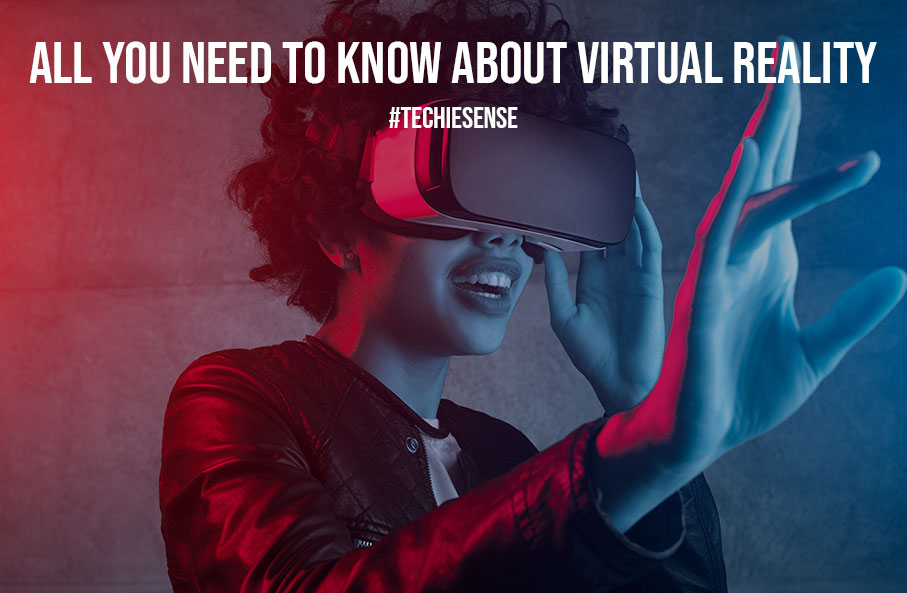 Imagine that the past could come to life and destroyed places could be rebuilt. You could walk through an oasis city of antiquity, retrieve information about the architecture, and the violent destruction of the city that made it a ruin today would appear as if from a forgotten time. Such time travel and reconstructions are no problem in virtual reality.

Even the manipulation of physical laws or the creation of entire worlds can be brought to life in virtual space. But how does it work and what exactly does Virtual Reality mean? We would like to answer these questions in this article and show in which areas the technology is already being used.

By the way, haven’t you know that this technology is also being used in casinos, such as Play online roulette at PlayAmo?

Virtual Reality, And What Is It

According to its definition, the term “virtual” refers to something that is “not real, does not exist in reality, but appears to be real. In virtual reality, commonly abbreviated as VR, we are led to believe that something real exists that does not actually exist. VR users find themselves in a computer-generated, i.e., artificially created, 360-degree space.

By moving and changing the viewing direction, users can freely select their own position and explore the space independently. VR goggles, also known as head-mounted displays (HMDs), transfer the user’s physical presence and interactions into the virtual space, thus enabling the user to enter another world.

If a VR experience is successful, our consciousness is “tricked.” With the data glasses on our heads, we believe we are in another world. Not only that, but virtual reality also suggests to us that the illusion of the virtual world is real. This immersive experience is called immersion. The higher the degree of immersion, the more real the virtual world seems to us.

We are thus no longer outside observers, but participants. We quickly become emotionally involved and can feel what is happening. If we fall from a great height in virtual space, for example, we experience a similar feeling to a fall in real space. VR creates a whole new kind of perception that is on the cusp of real experience and the virtual world.

In addition to virtual reality, there is augmented reality, also referred to as AR, which means augmented reality. Unlike VR, AR glasses – similar to conventional glasses – are transparent and merely allow additional information to be superimposed or played in as extensions of what is actually visible without blanking out real space.

Both technologies serve different areas of application in some cases but are often grouped together with mixed reality under the umbrella term XR.

Mixed reality (MR) refers to the fundamental blending of real and virtual worlds and can take any form or combination of computer-generated technologies with the real world. This relationship is illustrated by the so-called reality-virtuality continuum.

In Which Areas Is Virtual Reality Already Being Used Today?

Virtual reality is already being used in many industries. From virtual reality games to virtual museum visits and virtual art to virtual training and applications to support repair work, for example in aviation.

An example of the use of VR is the development and visualization in the architecture sector. In this industry, the use of the new medium has naturally integrated into everyday work overtime. For some architectural firms, the virtual walk-through of buildings that have not yet been realized is already an integral part of their offering.

This not only enables the client to experience the space in the planning phase in a way that appears real but also offers the opportunity to identify and rectify any faulty designs or dangers due to defects through the change of perspective in virtual reality even before implementation.

The construction in virtual space also promotes new ways of thinking and helps to present abstract plans more easily and to illustrate ideas.

But virtual reality also provides numerous insights and experiences in the field of education that contribute to the understanding of complex content and would be inconceivable in reality.

But these are just a few possible scenarios that could develop in the coming years and decades as XR content and technology evolves. It can also be noted that the initial hype around virtual reality from 2015 with its numerous forecasts for exponential use and sales of the technology has not yet come true.

Thus, significantly fewer glasses have been sold in the past few years than initially assumed, and, accordingly, far fewer people have used the medium to date than originally expected.

At this point in time, we can therefore still speak of a niche that only a few end consumers and only a few business customers are using. However, technological development continues to progress, and VR technology will be more and more popular.