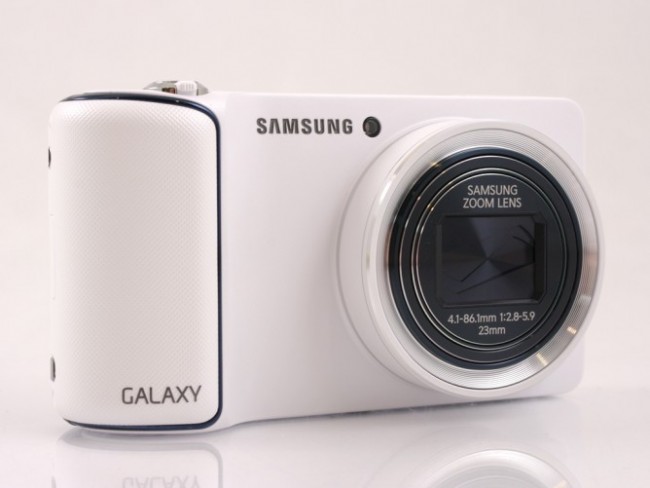 (Updated December, 2016) If you are looking for a camera, the Samsung Galaxy Camera is nothing less than a super camera to consider and the reason why we are doing a Samsung Galaxy camera review this week!

An Overview of the Samsung Galaxy Camera Specs

This camera comes loaded with the latest technology. This camera is the first of its kind to offer you full connectivity with the available data pack. The operating system runs on Android 4.0 Jelly Bean. This camera is levels above a point and shoot camera. It is in a class of its own. It is a fantastic combination of a tablet/smartphone and a camera. You may as well call it a “Camlet”.

Having said that I should say that wifi enabled cameras are not a first with Samsung. But Samsung has taken its camera to that level, where social media fanatics are sure to crave it. If only feature specifications have to be taken into account, then the Samsung Galaxy Camera soars much higher on the radar than many others.

But a good camera has several other areas that it needs to make the grade. Like it has to be ergonomic with good speed and fantastic image quality.

But if you judge Samsung Galaxy Camera solely from a camera point of view, it might not show the entire picture. This camera has 1.4 Hz quad core processor. Its response to finger touch and finger swipe is pretty fast. The user interface simplicity is probably unmatchable. The responsive or the intuitive ability of the camera is understood when you surf through the gallery, web or apps. Once the set up is complete, the camera automatically backs up images in cloud back up storage. Cuts down on the chance of losing some prized photos. With the Galaxy Camera you can share and view innumerable images in different social media. I love the incredible wireless connection this camera offers.

This camera measures 70.8 × 128.7 × 19.1mm and it weighs 300g. The design of the camera is simple with a clean finish. The screen is 4.77 inches wide which is equal to its backside. The HD super clear screen is sharp and crisp. The clarity of spectrum of colors makes the images come to life with full color. The 16.3 mega pixel complements the BSI CMOS sensor. The 21x optical lens captures most of the weight of the camera. Thickness is 19mm therefore it is not slim enough to fit into your pocket but I’d never call it bulky either. 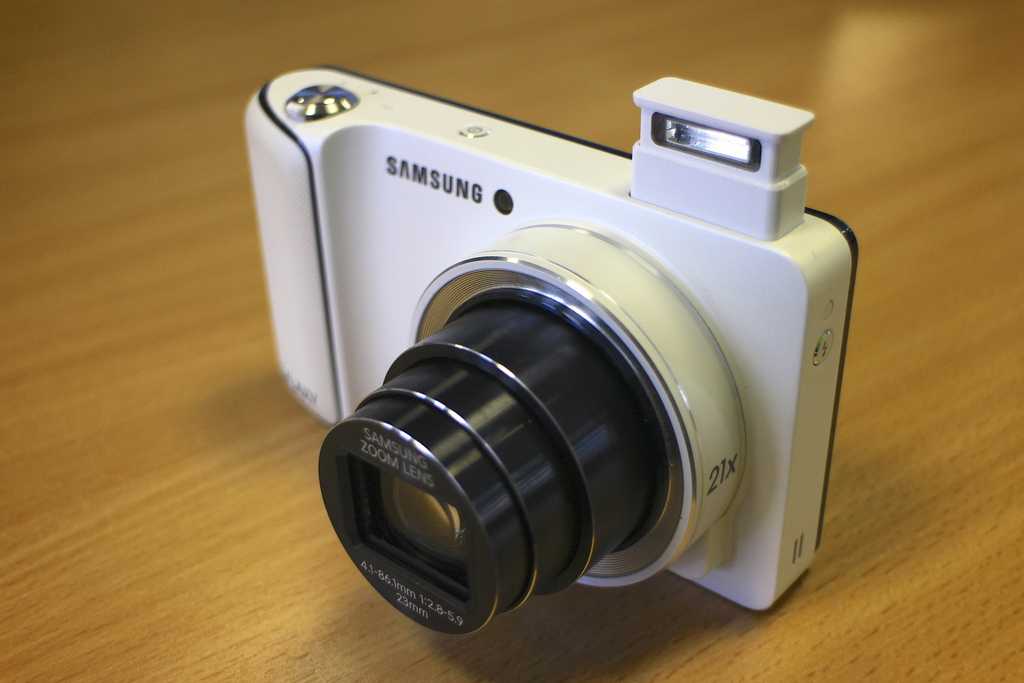 The Samsung Galaxy Camera is heavier than other point and shoot cameras. Though slim line cameras are in fashion, Samsung did not follow the trend for its camera. That is because to run Android OS completely with 21x zoom, space is essential. Samsung has made its camera quite ergonomic in nature. To balance the weight of the camera in your hand, the camera is edged with a rubberized hand grip. What is missing in the grip, is a thumb rest. But again when you think of the flat LCD screen, you might be happy to do away with the thumb rest on the back.

You Might Also Enjoy: What’s the Best Samsung Tablet?

Since the camera appearance is clean, it doesn’t have many buttons to figure out. You will only find the power button, shutter button, manual flash release and zoom toggle. All other functions are placed neatly on the large 4.77 screen. Apart from the manual flash release, other buttons are arranged on the top of the camera. It is difficult to use the camera while it is in charge mode. Movement during charge is limited so it is only the web, app or social networking sites which are viewable while charging.

My interest is more as a DSLR photographer, so I set out to look at manual settings right after my first click. I am in awe of the user interface of Galaxy. A camera is superb when the point and shoot action feature smoothly responds to the photographer. This is the major USP of Samsung Galaxy Camera. User experience is vital for the popularity of a camera. As for modes, almost fifteen smart modes are available in this camera which includes Best Face, Best Photo, Waterfall, Silhouette and Light Trace. It has fifteen types of image effects like Vintage, Comic, Retro, Impressionist, Black and White mode and so on. There again if manual mode is your forte, you can always find the traditional functions like aperture priority and shutter priority.

The Samsung Galaxy also offers you the benefit of editing the image. There are about sixty five features of editing in the camera. That means for post production outcome you need not download it to a computer. You can do it within your camera. Organizing your images was never so easy. The Smart Content Manager feature gives you the liberty to tag faces, create folders and view your photos in a number of ways.

If you want you can activate the voice action command in your Galaxy Camera. Though my personal experience say that finger action was smarter than voice, but then again it is a futuristic function adopted early. So I guess if you were not sure about this camera before reading this, you have all the info needed to see that it’s a really amazing option to consider!

What is your impression of the Samsung Galaxy Camera? Let us know in the comments below!