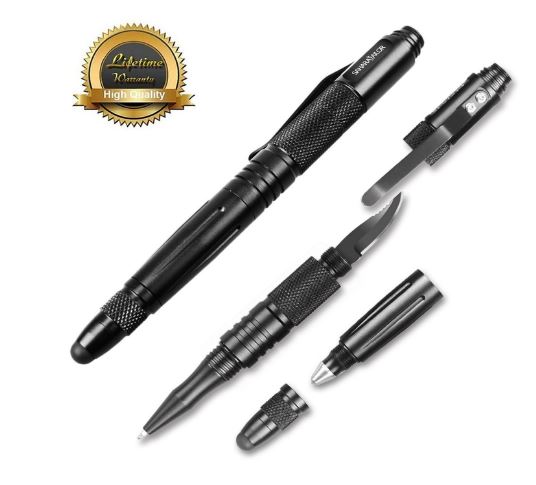 It seems as if we are living in more complicated and dangerous times which is perhaps a reason for why our Best Tactical Pen Reviews was even considered as a blog post topic this month!  The rate of crime has increased and we frequently hear stories of attacks, rapes, muggings that happen even in broad daylight. There are numerous cases of people who are attacked on the street and are unable to retaliate or get help from a passerby.

So while it might be nice if the police or other professional assistance was close at hand when we needed the help, it frequently doesn’t work out that way.

My sister was strolling through what was considered a safe section of Boston, Massachusetts in broad daylight when she was attacked one day! In this regard, it makes sense to find techniques that help you defend yourself in case someone attacks you. You can never know what awaits you around the corner. Nowadays, you have to extra careful when going out for walks, visiting the park, walking along dark narrow streets and using staircases.

What is a Tactical Pen?

A tactical pen is a multipurpose pen which is specially designed to be used both as normal pen and as a defense weapon when needed. The appearance, size and shape resemble that of an ordinary pen. However, tactical pens are powerful and smart self-defense tools which are tiny and easy to carry around; this means, you can hide them in your pocket.

How to Choose the Best Tactical Pen For You?

So what makes the best tactical pen? Some pens are designed with sharp points which are concealed in their tip while others a little heavier than an ordinary pen because they’re manufactured using high grade steel which enables you to strike the attacker with maximum force. Tactical pens are called multi-tools because aside from writing and self-defense, some of them can also break glass when there’s an attack or an emergency such as fire. 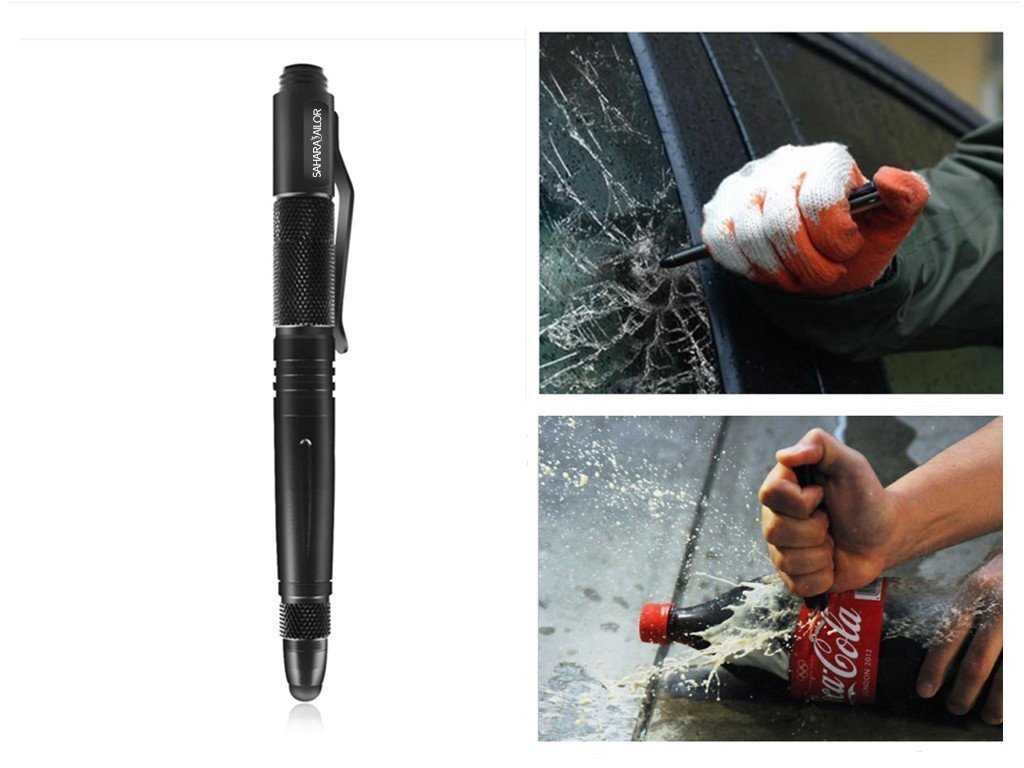 A tactical pen is designed for individuals who don’t wish to carry around a gun for self-defense but instead, wish to carry an ordinary item that can double up as a weapon. The advantage of tactical pens is that not many people see them as a weapon. This means in case of an attack, the attacker may not notice you have something that you can use to defend yourself with and hurt them. This is the best way you can respond to a surprise attack…..by having a little surprise of your own!

How to Use a Tactical Pen 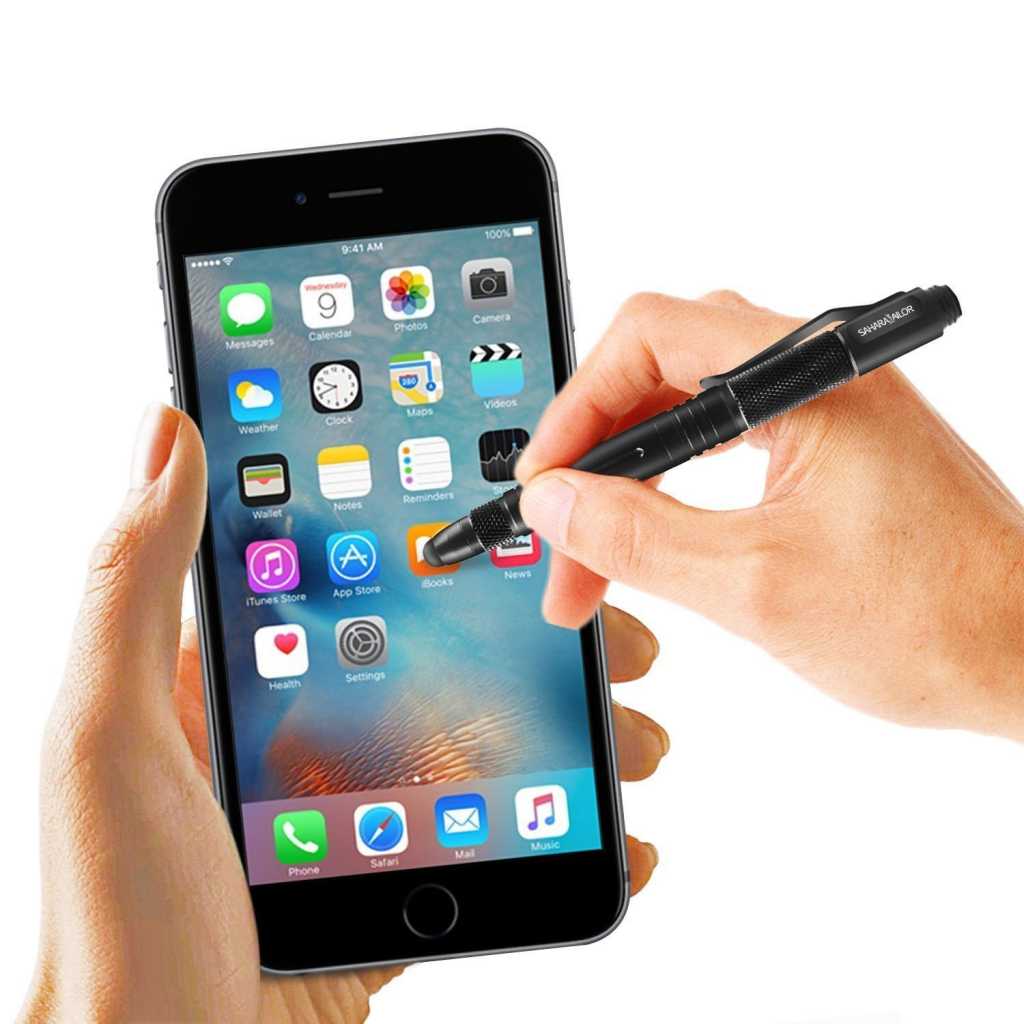 What You Should Know When Using a Tactical Pen

You Might Also Enjoy: What Are the 5 Best Water Resistant Smartphones?

For shoppers looking for tactical pens, there are different types of these pens which are available on the market. To help you determine which of these pens might suit you best, reading tactical pen reviews can help showcase the differences and cost of the various options available.

To make it simple for you, we’ve come up with a list of the 7 best tactical pen brands on the market based on reviews from users:

This pen which costs under $30 is one of the top rated brands on the market. It is lightweight weighing 1.4 ounces and a length of 6.1 inches. The pen uses Parker and Hauser ink to help users enjoy their writing experience when using it for more traditional uses. In addition, T6061 Aircraft Aluminum is used to manufacture the metal ensuring the pen is both powerful and durable. Both ends of the Smith & Wesson Military and Police Tactical Pen have a tip; one end is used for writing, the other one for fighting.

Judging from the various tactical pen user reviews, it is easy to conclude that the Smith and Wesson tactical pen is loved by users who are completely satisfied with the performance of the product.

This tactical pen is manufactured using CNC machined 6061 aircraft aluminum and is shorter in length when you compare it to the Smith and Wesson tactical pen.  This one measures 5.7 inches and weighs in at 1.6 ounces. This tactical pen also is priced well under $30 and has an added feature that allows you to screw the cap on and off .

A Houser Parker cartridge accompanies the pen making it comfortable to use for writing. A lot of users who’ve written tactical pen reviews about Schrade tactical pen love it because it fits well in the pocket without giving away anything to those that see it there.

This is one of the more common and classic tactical pens on the market today.

It has an ergonomic pattern and has a black and blue pattern. The tip of this pen is made out of carbide while the cap, black grip and body are manufactured using anodized charcoal.

According to this tactical pen reviews, the ratings for this product is a solid five stars thanks to its impeccable features. Recently priced at $100+, the tactical pen writes extremely well and is a powerful weapon that can cause massive damage.

Retailing at under $10 when last checked, this tactical pen is rated highly and is manufactured using stainless steel which is capable of resisting just about any form of impact.

The design consists of a solid grip and you can use a metal grip to keep the pen attached to your pocket. The C-Pioneer Dito Bamboo Shape Multi-Purpose Tactical pen writes well and the cartridge is a Fisher Space Pen.

Please note that unlike most tactical pens that resemble a writing pen, this one looks more like that of a powerful weapon.

The design of this pen is similar to that of an ordinary pen. It is 7.5 x 4 x 1 inches.  The design looks impressive and elegant and the pen is associated with a tight grip.

The Cold Steel Pocket Shark is manufactured using glass reinforced Grivory and its wall is four times thicker than that of a common writing pen. The body and tip is very strong in order to withstand repeated impacts. The narrow and sharp tip can cause deep wounds which can and will cause severe pain to the attacker.

If you are looking for a tactical pen that writes well and handles itself in a difficult situation, this is one that you want to check out!

has been designed specifically to enable it to shatter glass whenever the need arises.

With a recently checked retail price of around $20+/-, this Uzi tactical pen is made in a stealthy gun metal color and is loved by many users for the way it writes exceptionally well and, at the same time, serves as a powerful self-defense weapon.

This tactical pen is specifically designed for use by the military and police.

Users of this product are guaranteed a lifetime of use.  However, we’ve recently found that we’re only able to find refills for this pen!

Obviously we’d love it if we lived in a world where even thinking about needing a tool like this was completely unnecessary.  However, it’s not that way.  Being alert, playing it safe and smart are always going to be your best defenses.  If you feel that you do need or want a tactical pen, then these are the best tactical pens on the market today to choose from!  Let us know your thoughts on these pens in the comments and our Facebook page! (Updated September, 2017)