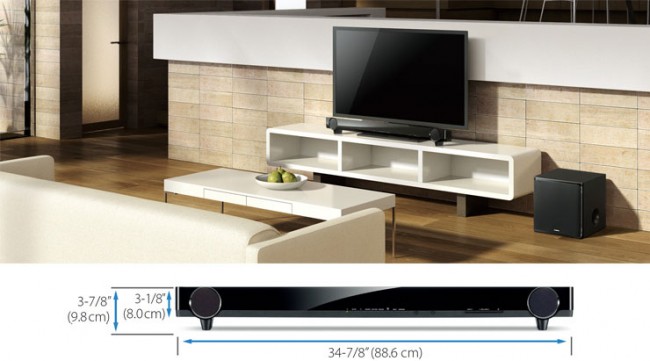 It’s definitely true that most people can’t stand the audio quality on their TVs. Unfortunately, even the modern sets have a lot of pitfalls when it comes to audio quality. In many cases, speaker drivers usually underperform and in most cases, are aligned to face the wrong direction. With all these disadvantages, many TV owners have begun embracing the use of TV soundbars to boost audio streaming. And that’s the reason that we are digging into this with our Top Ten Soundbars and speaker bar reviews.

Thanks to vast technology developments, shoppers interested in finding the best TV soundbars have a lot to look forward to. If you’re interested in top-notch audio, purchasing one of the best TV soundbars is the simplest way of equipping your television with the required sonic steroids. The good news is that all modern screens allow the option of using an external speaker.

So, what should you look for when trying to find the best deals on good sound bars?

Well, it’s important to mention that just like any other gadget, soundbars come in various shapes and sizes. In terms of pricing, it is possible to acquire a good soundbar from as little as $150 to well over $1500. The pocket friendly brands are equipped with all the basic connections which include a digital optical socket. Expensive brands come with superior features such as wireless audio streaming technologies that include Bluetooth and AirPlay. Also, there are HDMI inputs, top-notch speaker drivers, enhanced power as well as decoding of Blu-ray sound formats.

Design issues cannot be ignored. When it comes to soundbars, a lot of people want to purchase an item that is not only a high performer but a visually appealing one  as well. When you check the 2017 Top Ten Soundbars, you’ll realize that while some can be comfortably placed in front of your TV, others have to be mounted on a wall or placed on separate shelves. No matter what your budget, it is possible to give your TV a deserving sound upgrade.

These soundbars are simple but very effective when it comes to audio quality. Retailing at around $400, it’s possibly one of the best TV soundbars currently on the market.

The design is simple but rock solid. There aren’t many sound mode options to switch between, but the quality is rich, powerful and refined.

The vocals are impressive thanks to the built-in subwoofer that is surprisingly powerful. The Q Acoustics Media 4 is Bluetooth compatible. 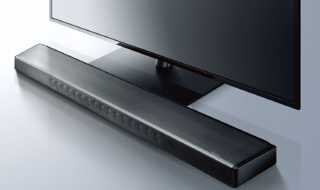 If you enjoy home cinemas and you treasure high-quality sound, the Yamaha MusicCast YSP-2700 is one of the best soundbars for you.

Yamaha MusicCast YSP-2700 is designed to provide cystal clear audio in conjunction with the HDMI inputs with 4K Ultra HD pass-through that ensure you’re getting the best audio quality. The Yamaha MusicCast YSP-2700 on 16 tiny beam drivers and comes with a separate wireless subwoofer to deliver a true 7.1-Channel Surround Sound experience for incredible realism. 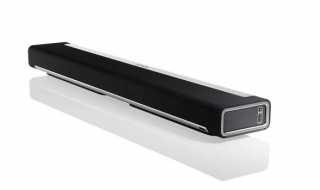 The Songs Playbar is a noteworthy sounder for those looking for a wireless surround sound system. With a retail price of approximately $700, Sonos Playbar resembles Q Acoustics Media 4 because it uses a non-HDMI device that relies on an optical to hook up to a TV.

When used as a stand-alone, it produces massive sonic boost for your television. The only disadvantage is it requires a tablet app or a smartphone for operation. The advantage is that it is seamlessly compatible with a Sonos wireless system. You can also use it in a 5:1 set up where you have 3 front speakers with two play and 1s acting as rears.

Focal Dimension soundbars are a well known brand that is uniquely versatile. You can also use an optional plinth-style

Focal subwoofer instead, which costs a lot less. The architecture is impressive, considering the extruded aluminum. This brand has a flexible design and is great for people who have large spaces.

There are fewer HDMI sockets, but they have the capability to effectively decode high resolution Blu-ray soundtracks. Focal Dimension is known for its impressive power with its six channels having high levels of clarity. 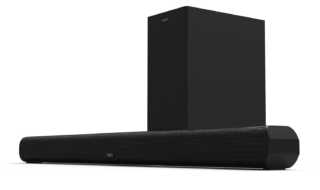 If you’re on a budget or are looking for the best soundbars under $200, then the Richsound Research soundbar (RSR) is definitely worth your time. 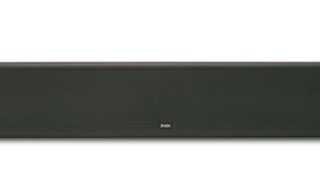 “Room filling sound” is how it’s described as well as having crystal clear dialogue which is helpful for those with hearing concerns.

Using the built-in woofer coupled with the 140 watts output, this is one of the best soundbars that delivers truly exceptional sound quality and immersion. And, this soundbar checks in at under $500.

The list for 2017 top TV soundbars is not complete without Sony HT-CT800 that has 4K HDR and Google Home Support.

This soundbar is only 5cm tall and works well if put in front of contemporary TV screens that have low stands. The specs are desirable with both a Dolby Digital and HDMI optical output. The sound emitted from these speakers is very powerful plus you can stream audio and video to different rooms of your house with the wireless multi-room listening.

If you’re planning to get a soundbar, the above 2017 Top Ten TV soundbars are perfect to choose from. As mentioned before, factors such as performance, price and aesthetic beauty are really important. Of course, remember to check for warranty issues with your vendor before purchasing and don’t forget to let us know your thoughts in the comments below!

The performance capability associated with this brand is very impressive plus the fact that it is also one of the best deals for TV soundbars that is currently available.

The connectivity is desirable with both a coaxial and optical digital output.

There is also analog in and the Bluetooth and the sound is immensely superior to that found in regular built TV bars.

This is the world’s thinnest soundbar and is classified among the best TV soundbars because despite its size, it delivers exceptionally well. With a price tag of slightly less than $300, when placed on its stand, its only 6.6cm tall and

No doubt, the STE1000BSW is really attractive with an amazing remote. It is simple to operate once you get to understand what the different shades of the LED light mean. The speaker also comes with DSP modes that deliver top performance results. When well mounted, it works surprisingly well.

Looking for a quality soundbar? Monitor Audio ASB-2 priced at approximately $1,100 stands tall and needs a dedicated wall mount or shelf to support it. It has a top drawer acoustic that works very well. It can work well with AirPlay and AirStream Direct but lacks the common Bluetooth facility. It is possible to put up a separate subwoofer but the ASB-2 performs excellently to fill smaller rooms with a pleasing sounds.